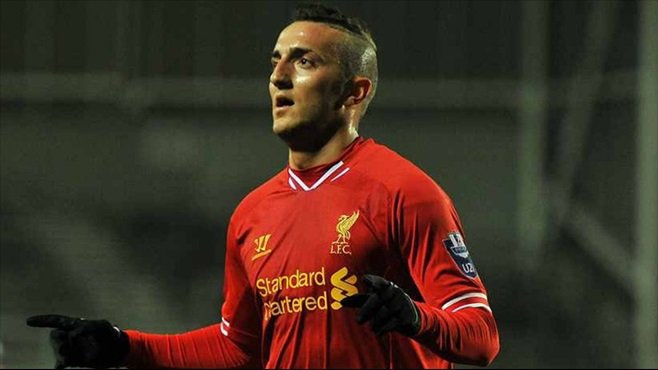 Liverpool supporters around the world may be questioning the clubs reasoning when it comes to who was loaned out and who stayed at Anfield in the finals days of the transfer window, but after spending almost two seasons on the sideline through injury, the news that striker Samed Yesil will get the chance to fight for a firs team spot with up and coming Swiss side FC Luzern is good news all around.

“Samed Yesil will now get regular football at a really good level on a season-long loan with FC Luzern under former Liverpool favourite, Markus Babbel,” enthused Reds Under-21 coach Michael Beale, obviously delighted that the youngster will finally get a chance to show what he can do. “We played Luzern recently in a friendly and they have a lovely stadium with outstanding facilities.”

A ruptured anterior cruciate ligament injury while playing for the German u-19 side back in 2012 sent the striker to the sidelines for an extended period of time before a repeat of the injury, a mere eight months later, put him back on the treatment table. Finally returning to action last April, the 21-year old quickly shook off the rust by scoring a brace in the reserves 3-1 victory over Tottenham Hotspur, but the club felt that he’s not quite ready for the bright lights of the Premier League.

“Markus was a top German international, so he is aware of Samed’s goalscoring exploits with the Germany youth teams,” explained Beale. “He also still keeps an eye on Liverpool and we know he will look after him,” continued the Reds U-21 coach. “He will now be playing men’s football on a regular basis and I think we might see an extra 10 or 15 per cent out of Samed as a result of that.”