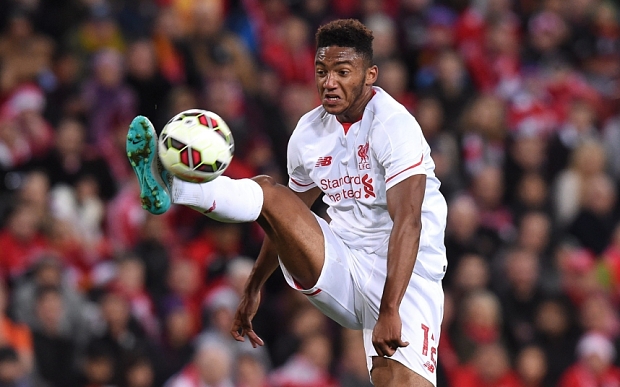 Expecting to go immediately out on loan following Liverpool’s pre-season festivities, new Reds defender Joe Gomez has had a lot to take in since arriving at Anfield. Four matches into the season and he’s already looking like a fixture in the Reds starting eleven and has earned his first cap for the England U-21 side — something has happened faster than anyone would have imagined.

“Last summer I was just out of school,” said the 18-year old. “It was last pre-season when I first got involved at Charlton and it was a big jump up from the under-21s. It was something of a whirlwind from there. It has been non-stop with new challenges and new opportunities,” he continued. “I haven’t really had time to stop to think about it. It has been surprising for me to get the opportunities I have so early on and I now have to keep working to stay involved with England and at the club.”

Despite having a bundle to learn, Gomez, who is right-footed, has thus far kept his more established fullbacks out of the side with the likes of Alberto Moreno and Jose Enrique left to watch on from the sidelines. That being said, the 18-year old isn’t thinking of changing positions permanently, keeping a firm eye on claiming a spot in the middle of the pack for himself.

“I see myself as a centre-back and in years to come that is where I hope to play,” explained Gomez. “At the moment I just have to learn and be grateful to play where I can and use it as a stepping-stone to be the best centre-back I can be,” he continued. “People can be wary of putting in young players, especially at centre-back, but the gaffer at Liverpool is good at managing young players and giving me advice. Hopefully I will get my opportunity to play at centre-back but at the moment I am happy to be playing anywhere.”