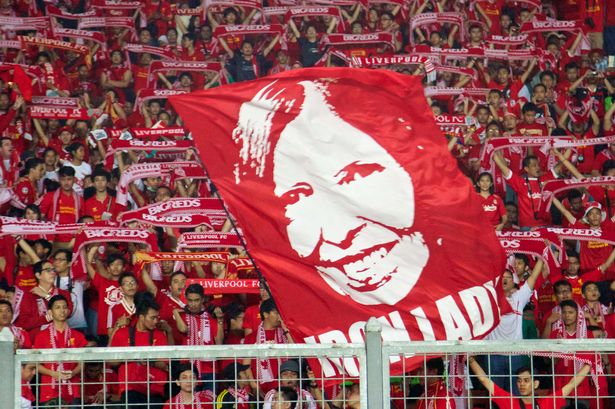 In a mirror, we all see what we want to see. 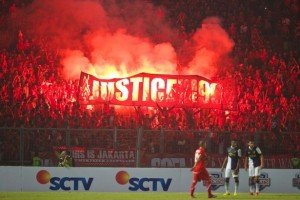 Is there a portal that can reveal our inner workings? Can you stare into that mirror and be left with no doubt what it is that makes you, you?

For many of us, we are all connected by a sea of Red that stretches beyond any natural border, beyond any artificial line drawn in the sand, we are Liverpool and Liverpool is us.

We have witnessed close to 100,000 fans sing You’ll Never Walk Alone in Australia, we have witnessed Indonesian supporters create a wonderful flag in memory of Anne Williams, we have all seen the frenzy worldwide whenever Liverpool FC spread their wings on preseason tours and for the most part fans everywhere see that passion and are filled with pride at the deep felt support. We are special, we are Liverpool, we are everywhere.

Now, everyone has seen the photo of a young refugee washed up on a beach in Turkey. I will not post that picture here, because for me, the picture is so heartbreaking that I can not bring myself to see it ever again. When it finds its way onto my timeline, I hide the post, I do not want to be reminded of the tragedy that should never have been. There is nothing about the current situation that makes me think ‘well this was inevitable’ it was never an inevitability, we all collectively should have done far more to prevent the situation from occurring in the first place and now that we find ourselves here, we all need to do more to ensure that the outcomes are as humane as possible.

If you’re celebrating Father’s Day today, or commemorating it, think about what it means to send your little ones on a boat, because the alternative is far far worse. Think about what those Father’s are feeling as they undertake a journey that they know is perilous, but is still less risky than staying at home. Think about how we have as one, become Liverpool FC supporters, regardless of colour or religion and then think to yourself, how can you not accept these refugees?

Does being a Liverpool FC supporter make us special, I like to think so, but the reality is, we are all Red, we are all entwined and the tyranny of borders does little to change that.

The West has played its part in creating this scenario and for all those people out there crying poor, claiming that their country, does not need have the capacity to help, $1,268,100,000,000 was spent on defence by just the top 15 countries last year. That number is nearly 10 times the amount needed per year to end extreme poverty in the world. Imagine that. Spend 10% less on the things that cause destruction and force people from their homes and you end the tyranny of extreme poverty. You feed the poor, you house them, you ENABLE them to become part of a prosperous society. And just imagine how much less extreme poverty there will be just by virtue of not having created the conditions for it to thrive in the first place.

Is this just a utopian leftist ideal? Well yes, yes it is, but can anyone honestly claim that we are better off spending that amount of money on military expenditure when we can eradicate the causes of poverty for just 10% of that amount?

As Liverpool FC supporters, we have already embraced all our supporters from far and wide, is it that much of a stretch to have the same sentiment for the rest of humanity?

I may be a lunatic for even drawing the comparison between Liverpool FC and the refugee crisis and you may be sitting here reading this thinking, ‘get off your high horse mate’, but I can promise you there is no high horse here, there is nothing in the current situation that warrants any of us from getting on our high horse. This is a situation that if anything, should have taught us a bit of humility.

Embrace that the same way you have embraced Liverpool FC and if 580,000,000 supporters worldwide can walk together on this issue, we are left with a chance to forge real change.

And with that, hopefully, there will be no need for the world to be shocked into action by photographs of young children washing ashore.

9 thoughts on “Refugees and Liverpool FC”