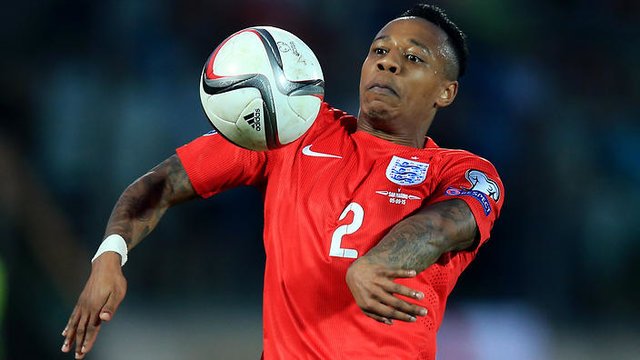 After featuring in the win over footballing minnows San Marino on Saturday, Liverpool midfielder Nathaniel Clyne will be hoping to hang on to his spot in the starting eleven when England take on Switzerland later today in the last of their Euro-2016 qualifiers before Premier League action resumes this weekend. Although the 24-year old is grateful to be in boss Roy Hodgson’s plans, he’s aiming to move one step further and cement his spot in the side for next summers show-piece event — something he knows won’t be easy.

“I am here to try to knock down a position at right back and try to make it my own. It’s obviously going to be difficult because there are a lot of people who could play right back and there’s a lot of competition but I’m looking forward to it and challenging for it,” said the 24-year old before acknowledging that his game is far from perfect. “I won’t be giving any tactics away, I know myself where I need to improve,” continued Clyne. “It involves definitely more individual training, after training, when I’m away with my club I can get extra work in on the pitch on my weaknesses.”

With qualification already secured, Hodgson could be tempted to tinker with the side further for their three remaining Group Stage matches, but Clyne is full expected to play some part later today and will be looking to impress just as much going forward as he does when the Three Lions are forced on to the back foot.

“I think the position of full back has changed where we’re almost regarded as wingers. Especially at big clubs where they want you to get forward and help in attack but also be good in defence,” mused the Reds fullback. “It means a lot of physical work and running up and down. I like doing that anyway, I’m a fit young lad and I like to get forward and also defend,” he continued, before adding, “You get the best of both worlds.”