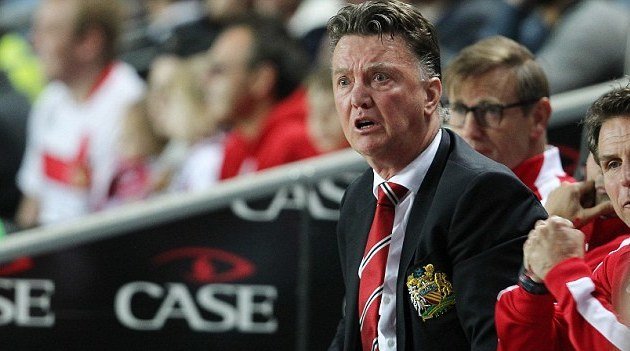 Considering their indifferent starts to the season, neither Liverpool or Manchester United will be able to afford a slip-up when the two bitter rivals meet at Old Trafford on Saturday.

The Reds are coming off an embarrassing 3-0 loss at the hands of West Ham United as Slaven Bilic’s side claimed their first win at Anfield in over 50-years. With his side lifeless throughout the 90-minutes, Liverpool boss Brendan Rodgers critics have come back in with a renewed vigor that only a result in Manchester will be able to quell. His counterpart in Louis van Gaal isn’t under the same kind of pressure despite starting the campaign in a shockingly similar fashion, and though the Dutchman has conceded that the loss to Swansea City was his fault, he’s ready to make that right this weekend.

“I am sorry, the defeat [against Swansea], was my fault,” explained the veteran manager. “Don’t worry, we will win on Saturday,” he continued, before brushing aside suggestions that they could win the Premier League this season. “No [we are not going to win the title], maybe third or second place is realistic but I expect us to go for it next season.”

United, much like their bitter rivals, have looked less than impressive this season despite investing heavily over the summer. While there’s a case to be made for both sides needing their new players to gel, neither side have been able to get things going to a satisfactory level in front of the net — though with Wayne Rooney returning to training having become England’s top scorer, the former Everton man will be looking to build on that confidence boosting achievement.

“To achieve what I have, I would be lying if I said it didn’t put a spring in my step and make you want to carry on scoring. I am very happy and grateful, but I go back to Manchester [United], get back into training and start focusing on Liverpool,” explained the 29-year old Scouse striker. “Hopefully getting two goals in the last two games will mean I continue scoring. There’s no better game to go into than Liverpool at home after losing our last game [at Swansea]. It is a game we have to win and it’s something I’m looking forward to.”

While getting Rooney firing again will no doubt be a major boon to van Gaal’s cause, it’s a player that has yet to feature this season that’s been bagging himself a considerable share of the headlines with goalkeeper David de Gea confirming over the international break that he’ll try to get back in the first team after his move to Real Madrid collapsed at the final hurdle. Dropped to the bench for United’s first four matches, the 24-year old got back on the pitch over the international break and he’s aiming to do the same when Liverpool visit on Saturday.

“I felt good [in goal]. I was eager to play and now I’ll keep working hard and see whether I’m lucky enough to also play for my club,” said the Spanish shot-stopper after featuring in the narrow victory over the Balkans. “The support we received was very important. I have some great teammates and am grateful for [everyone’s support],” he continued. “My future will be the same as now; to be calm, keep working hard and improving. In short, I want to enjoy football. I’m happy.”