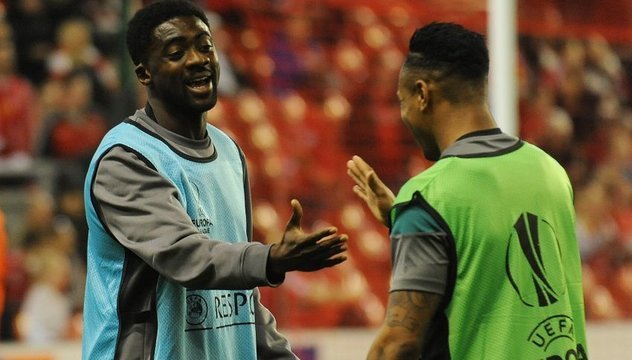 It was another laboured performance from Liverpool as the Reds ran out a frustrating draw with Swiss side FC Sion at Anfield last night. A vastly changed side from the one that beat at Aston Villa at the weekend took an early lead through Adam Lallana, but the visitors capitalized on a glaring defensive error to restore parity. The Reds missed a string of chances in the second half to claim all three-points with stand-in skipper Kolo Toure seeing an uncharacteristic overhead kick ping off the crossbar as the two sides shared the spoils.

“It was a frustrating night for us,” the big Ivorian told the Liverpool ECHO following the final whistle. “When you create so many chances like that you have to kill the game. We didn’t do that well enough and we conceded a soft goal. One mistake can cost you and that’s what happened tonight. In the end we ended up with a point from a game we should have won,” conceded the veteran defende, mirroring similar statements from boss Brendan Rodgers. “It’s happened a number of times this season – not being clinical enough and then giving away soft goals. We have to be better at both defending and scoring goals.”

That, of course, has been the theme for quite some time with the Anfield outfit struggling at both ends of the park with a side filled with second string players and sprinkled with a dash of youth putting in a performance that wasn’t at all dissimilar from what we’re used to seeing from the regular starting eleven. The draw leaves Liverpool surprisingly well placed in Group B just behind top-dogs Sion, but Toure understands that his teammates have failed to impress as of late — something that he’d love to fix this weekend.

“I don’t think we under-estimated Sion. It was just that we didn’t have that killer instinct. When play against a team like that you need to get the second goal to kill them mentally,” explained Toure, touting the party line. “Now we need to focus on Sunday. This is the derby and it’s going to be a big, big fight. It’s a good time for us to get back to winning and give something to our fans,” he continued, tapping in to the feelings of Reds supporters around the world. “At the moment we feel that they aren’t very happy with us. This is a good time to show them that we want to make them happy. We can do that by beating Everton.”