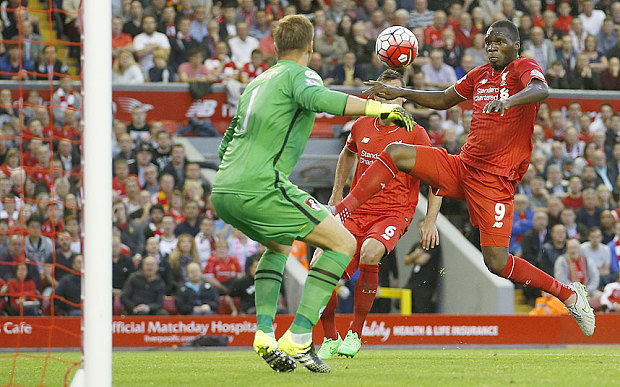 Although Liverpool are expected to make sweeping changes from the side that drew with FC Sion in the Europa League on Thursday when they square up to bitter rivals Everton at the weekend, there could be a surprise recall for Christian Benteke with the Belgian’s hamstring problem seemingly now under control.

“There’s no real change [to our squad]. We obviously had one or two knocks last night,” said Liverpool boss Brendan Rodgers in his pre-match press call when asked about player availability for the trip to Goodison Park. “We’re seeing how Christian Benteke is over the course of the next 24 hours,” confirmed the Northern Irishman, hinting that he could be called back into the fold on Sunday. “Apart from that, the squad will be pretty much the same as the Aston Villa game.”

The 24-year old, who has two goals to his name since making the move from Villa Park over the summer, has been notable absentee as Liverpool continue to struggle for form. Jordan Henderson, Dejan Lovren and Roberto Firmino are all laid up as well, but after sitting out Thursday draw, Daniel Sturridge will be well rested and set for a recall against the Blues.

“It’s just about managing Daniel’s fitness,” continued the Reds boss. “He’s been out for a real long time, he’s come back early through the work and the effort he’s put in and with so many games, we just have to make sure we look after him,” explained Rodgers. He’s still looking to get to full match fitness. There’ll come a point where he will be available to play in all of the games, or certainly be available for them,” he said, before adding, “He’s fresh and fit and looking forward to the game this weekend.”