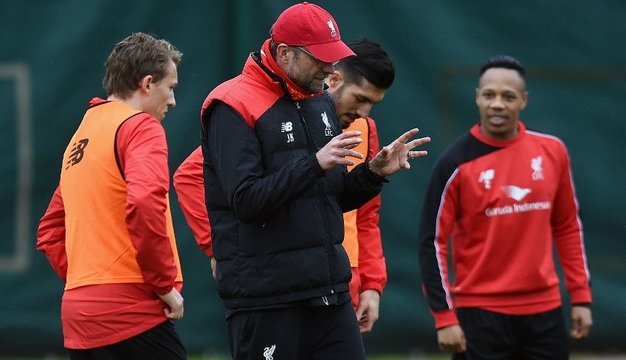 Newly promoted sides are supposed to be easy points for the big clubs in the Premier League, but with Watford FC chasing what would be their first four game winning streak in the top flight since the end of 80’s and their visitors in Liverpool winless in their last two league outings, that logic just doesn’t apply.

The Reds followed up their shock loss away to Newcastle United with a narrow home draw with West Bromwich Albion after Divock Origi came off the bench to grab a dramatic equalizer deep in to injury time, so they’ll be making the trip to Vicarage Road looking to take home nothing less than all three points.

Daniel Sturridge is expected to miss journey to Hertfordshire as he recovers from his latest injury, but Liverpool boss Jurgen Klopp will have both Divock Origi and Christian Benteke at his disposal. Crucially, he’ll also have Philippe Coutinho with the Brazilian coming through the outing against the Baggies — his first start since the win over Manchester City — unscathed. The 23-year old has been an integral cog in the Red machine this season with the Anfield outfit scoring only a pair of goals in the three Premier League matches he has missed thus far this season.

While problems at the business end of the pitch remain a concern, there’s still a lot to talk about at the other with Simon Mignolet looking unsteady as of late. The Belgian ‘keeper blundered a set-piece last weekend that let West Brom take the lead and has reignited concerns about his focus. Thankfully, he should have Mamadou Sakho back in front of him by the time the weekend rolls around with the Frenchman making a timely return from injury with Dejan Lovren expected to be out for a spell after picking up a knock last Sunday.

“I don’t know too much about their expectations but they play really well and they are difficult to defend against,” said Klopp in his pre-match presser. “They have good strikers together and a good plan. They are quick in their minds, they switch [the ball] really fast and that’s all of the things you have to know about them. It’s no coincidence that teams like this have more points than maybe they expected. If you are in a run, things seem to sometimes be easier,” continued the Reds boss. “But we go there not to clap our hands about their season – we want to fight for the points and we will see what happens.”

“We’ll see what happens” is usually a polite way of saying “thanks for the points” when it comes to the Hornets and the Premier League, but after shaking off the expectations of both bookmakers and pundits alike tipping them to be heavily involved in the relegation scrap, Quique Flores side sit a comfortable 11-points above the danger zone and are actually two places above their visitors in the standings.

A lot of that, of course, comes down to their ability to find the back of the net. While the Reds have struggled to do that on a consistent basis, the strike partnership of Troy Deeney and Odion Ighalo has flourished for the newly promoted side and is one of the main driving forces behind their success — though the boss is insistent that this is very much a group effort.

“I have a squad and I would like everyone to play. The team has been working very well this season and that has meant it hasn’t been easy to make many changes,” said Flores in the build-up to the meeting with Liverpool. “Players like [Victor] Ibarbo, [Alessandro] Diamanti and [Jose] Holebas are in the squad dynamic and they are ready,” confirmed the Spaniard, hinting that he may begin ringing the changes. “It is impossible for every player to play all the minutes in the next four games.”

Not to beat a dead horse, but Watford are no longer the perennial pushovers that we’ve come to know them as, but the Reds chances of getting back to winning ways largely depends on which team shows up at Vicarage Road — will it be the one that bowled over Southampton without a second glance at St. Mary’s Stadium or the one that bowed out meekly at St. James Park only four days later?