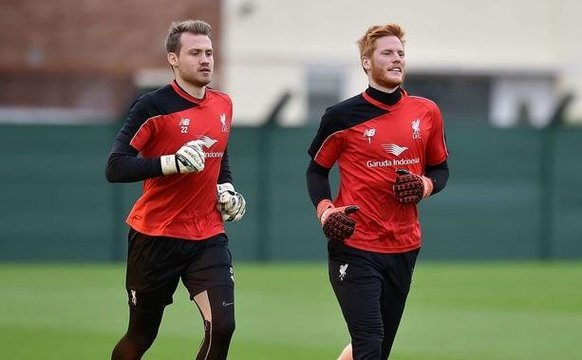 Although nothing has been confirmed by the club, late news coming out of Belgium reports that Liverpool ‘keeper Simon Mignolet will miss out on tomorrow’s meeting with Watford FC after failing to recover from a pulled hamstring suffered during the draw with West Bromwich Albion last weekend.

There’s little information on the severity of the injury or if it will keep him out for an extended period of time, but the Belgian, who has looked shakey as of late, is expected to be replaced by reserve goalie Adam Bogdan. HIgh profile blunders against Bordeaux in the Europa League and last weekend against the Baggies in the Premier League has reignited the debate over the quality of the 27-year old, but with him close to signing a new deal at Anfield, boss Jurgen Klopp once again sprang to his defence.

“Simon came out of his goal and wanted to reach the ball and that’s how I work. You can say that if the goalkeeper comes out he has to take the ball, and he didn’t. But he came out because I said he should,” explained the German manager ahead of the trip to Vicarage Road. “Not in this situation but in general. Because I think as a goalkeeper you have to try to help in the six-yard box as much as you can,” he continued, backing up the Belgian’s decision. “That’s what he tried and if you try sometimes you miss, that’s all. It’s not about quality, or something else, it’s only this situation.”

Should this report be accurate and Mignolet is sidelined, there will be concerns about his availability heading into the busy festive period. While Bogdan has shown during his limited chances in the team that he’s a capable understudy, with the sheer amount of games on the horizon, Klopp will be hoping to have both of his ‘keepers fit and available for selection.