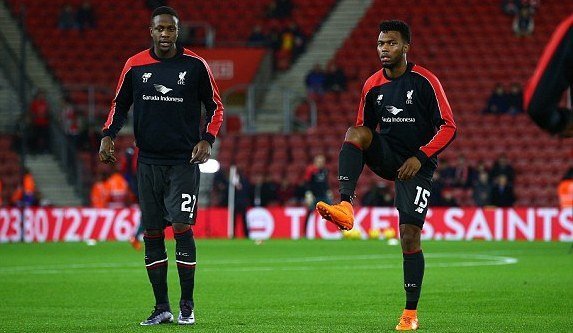 Liverpool may have snapped thier four match winless streak by stopping Leciester City dead in their tracks at Anfield yesterday, but the three-points didn’t come without a cost with young striker Divock Origi limping off the field clutching his hamstring in the closing stages of the first half.

“I hope it’s not too serious, we will see. They spoke about a little cramp,” explained the German manager following the win over the Foxes. “You have been here longer than me; I didn’t know the word before I came to England, but ‘hamstring’ is the worst word of the year for me. It’s always hamstring, hamstring, hamstring. That’s the intensity of the game and the fixtures,” continued Klopp, obviously not a fan of the busy festive fixture list. “We will see. I hope it’s not too serious. We have the next game in three days and six days the next, nine days the next – I hope he can play in one of these games.”

The Belgian’s compatriot Christian Benteke would go on to bag the only goal of the match, but with such a busy run of fixtures coming up, Origi’s potential absence could be a major worry for Klopp and the boys. That being said, although Daniel Sturridge is expected to miss the festive fixtures entirely as he completes a strenuous “mini-preason” to get his fitness levels back he, he should be back in the very near future and that will be provide the Anfield outfit with a major boost.

Never one to shy away from social media, the 26-year old, who was in attendance at Anfield yesterday, was quick to deliver his verdict following the final whistle. “Perfect gift for Christmas from the boys getting a win,” wrote the recovering Reds striker on Twitter, following that up with some positive news regarding his return from injury. “On a sidenote I’m back training and good to go!!”

One thought on “Reds Hopeful Over Divock Origi Injury, Daniel Sturridge on His Way Back”