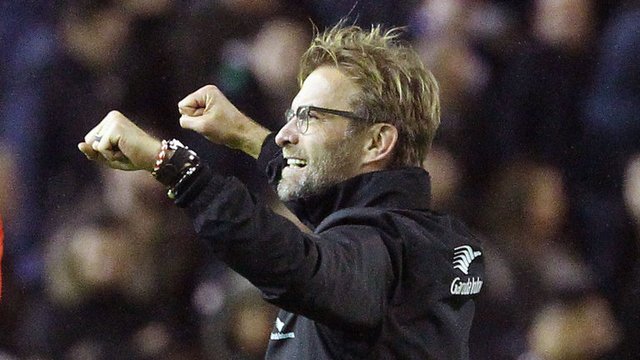 Sitting a mere five points off the top-four following the narrow win over Premier League pace-setters Leicester City at Anfield yesterday, Liverpool boss Jurgen Klopp refused to be pressed on his club’s chances of securing Champions League football for next season — and who could blame him?

“You cannot believe how uninteresting this is for me at this moment,” he told Sky Sports following the final whistle. “We don’t have to dream, there is no time, we cannot even celebrate a win. We cannot really feel bad after a defeat, because we don’t have time, we always have to stay up and be concentrated on the next game,” he said after his side snapped a four match winless streak to down the league leaders. “Talk about it all you want, I’m not interested in this moment.”

The Reds, of course, have stuttered their way through the season and despite looking a more cohesive side since the Anfield outfit parted ways with former boss Brendan Rodgers, they often failed to deliver when needed most. Morale boosting wins over Chelsea, Manchester City and Southampton had over excited pundits and supporters alike talking about them having a tilt at the title, but that was snuffed out rather quick when losses to Newcastle United and newly promoted Watford FC bookended a last gasp draw with West Bromwich Albion. While they made hard work of it at times, the Boxing Day win over the Foxes in front of a jubilant Kop will hopefully put the spring back in the Reds step.

“At half-time we knew that if we stayed concentrated then we’d get our chances because the players looked good, it was not too intensive for us in the first half, we could do more in the second half,” analyzed Klopp, who could only watch on as his side wasted a myriad of chances throughout the 90-minutes. “We made this one goal and after all the set plays of Leicester, especially the long throw-ins from Christian Fuchs, it was difficult, close and not easy to defend but we did it and that’s good,” he continued, quick to praise his players ahead of a difficult run of fixtures. “We deserved the three points I think.”