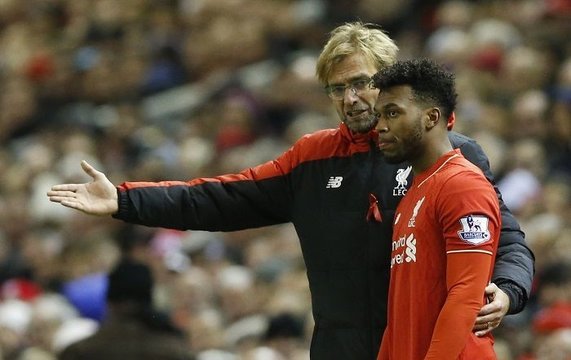 Adding to the feel good factor following the Boxing Day win win over Leicester City, Liverpool striker Daniel Sturridge got Reds supporters around the world in a tizzy by letting them know on social media that he felt that he’s ready to return to action, but his boss was quick to remind the perpetually injured 26-year old that he isn’t the one that gets to make the final call on that.

“I think this is absolutely the same thing that Daniel said four weeks ago, and we let him play and he was injured again,” laughed Jurgen Klopp. “He says this, you ask him and he says he’s good. I know he is good, but he has to train. We can not change the situation, he has to train now,” he explained, dampening expectations that he could return sooner than expected. “With him, these are most intensive weeks in training for Daniel Sturridge in the last three years. So now you can see what we have to do. We can not say, come on Daniel now you look good so you can play.”

Even with Divock Origi sidelined for an unforseen amount of time with a hamstring problem, Klopp isn’t ready to take a risk on bringing back Sturridge too soon as he completes a grueling “mini-preseason” program in an attempt to not only get his fitness and stamina back to where it needs to be, but to make sure that he’s not sidelined immediately after he returns to the starting eleven with one of his now infamous muscle problems.

“I don’t want to see him in training. Because everybody sees him training and they think ‘oh, come on, bring him into the team, we need his quality’,” continued Klopp. “But no. We really, really have to be patient now, we have to wait, we have to train, we have to give the body the right information, and if he can do this, then maybe we can change something.”