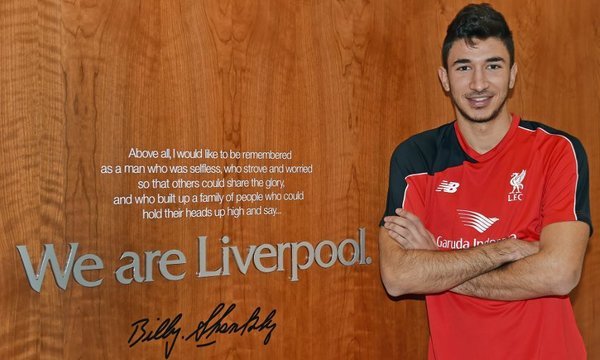 “I’m very excited and so proud to be here and a member of Liverpool Football Club. I can’t wait to get started, play at Anfield and train at Melwood,” he said in his first interview with the club’s official website. “I want to play in front of one of the loudest set of fans in Europe at Anfield. I also like the atmospheres at other stadiums, the crowds are very good. I like to play under pressure and that’s why I’ve come here.”

Grujic put pen to paper on a four year deal at Melwood yesterday, but he won’t he around to help the Reds in their push for Champions League football in the second half of the season with the 19-year old set to see out the rest of the season on loan with the Serbian league leaders before meeting up with the squad in the summer with Jurgen Klopp keen to keep his development on track.

“Marko is a big talent and we’ve seen him a lot of times. When I came here, our scouts showed me some footage of a very skilled player from Red Star Belgrade,” said the Liverpool manager when asked about the Serbian midfielder. “To describe him, I would say he’s a tall boy, but quick and good at technical things. He can play passes and can dribble. But he is young, so he has to develop. He will do this, so everything is okay.”