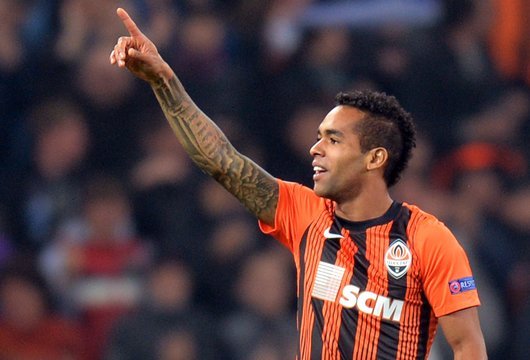 Maybe after yesterday's 5-4 win over Norwich City, Liverpool should forget about signing Shakhtar Donetsk attacker Alex Teixeira and instead plump all that money on an entirely new defense, but as talks between the two sides continue, the Brazilian has come out and confirmed that he wants to leave -- and he wants to leave immediately.

"I would like to move in this transfer window and have told [Shakhtar] that," the 26- year old told media outlet Globo. "They have received a very good offer and they are working on a solution. But if I don't go now then I will leave in the summer, he continued. I am aware that two big clubs such as Liverpool and Chelsea are interested but I haven't given my word to either of them."

Neither, it appears, have the Ukrainian club and after coming to the realization that they have no chance of hanging on to him, they're ready to flog him off to the highest bidder. Reports in the media suggest the two sides remain some ways apart on their valuations and though the Reds appear willing to increase their initial bid of around £25.mil, the Miners are apparently ready to hold out for something around £37.6mil.

"I am not ruling out other leagues but I do want to play in the Premier League," explained Teixeira. "In my mind, it is the strongest in the world. I want a challenge and to further my career there. My aim is to move to a big club so that I can do well there and get a place in the Brazil squad," he continued. "Everyone knows that is hard to achieve and I need to leave here to achieve that goal."

One thought on “Alex Teixeira Confirms He Wants January Transfer, Won’t Commit to Liverpool Quite Yet”