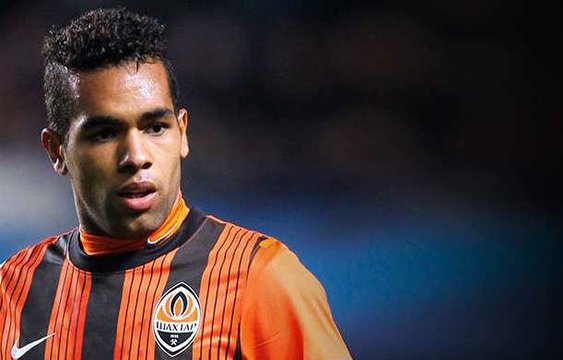 Amid speculation that Liverpool have had an increased bid of £28mil for the services of highly rated attacker Alex Teixeira turned down by Ukrainian side Shakhtar Donetsk, Reds boss Jurgen Klopp was predictably tight lipped as he was grilled for any sort of details on the ongoing negotiations.

“It’s absolutely nothing to say,” he told reporters, speaking ahead of the all important League Cup semi-final second leg with Stoke City at Anfield tomorrow. “Maybe it surprises you,” he mused, obviously anticipating that he’d be asked more than once how talks over the Brazilian attacker were proceeding between the two clubs. “Nothing to say to things like this.”

Although it’s believed that the Miners are willing to play ball over the 26-year old, an initial bid in the region of £24mil from the Anfield outift was quickly brushed aside by the Ukrainian club as they hold out for somewhere closer to £38mil — a drastic gap between buyer and seller. Confirming that he’s looking to move in January and is aware of the interest from Liverpool, Teixeira appears to be keeping his options open with a number of other clubs also keeping tabs on him, though reports suggest that he has already agreed to personal terms with the Reds.

“If there is an offer that will satisfy both player and the club I will fully support his move,” said Shakhtar boss Mircea Lucescu before negotiations with the Merseyside giants got underway. “At the moment, Alex is Shakhtar’s player. We’ll see in the summer, now there’s no point talking about it,” he continued, before acknowledging that Teixeira will have to move on to a more challenging league if he wants to keep progressing. “This year, he needs to play so that he grows even more, despite the fact that Alex’s level is very high even today.”