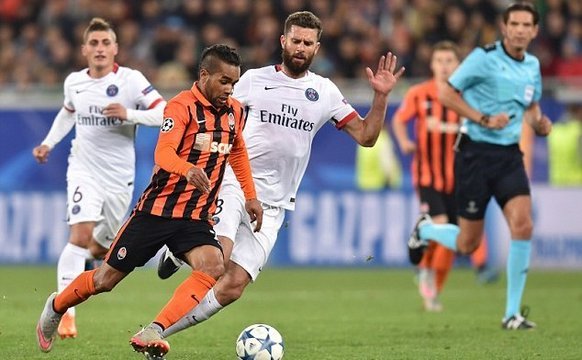 Conflicting reports have emerged over the past 48-hours regarding an improved offer from Liverpool for the services of Shakhtar Donetsk attacker Alex Teixeira. While it’s widely agreed that the Reds have had an initial offer somewhere in the region of £25mil turned down, rumours about another offer of £29mil have been met with some skepticism.

“He’s worth €50m,” Miner’s boss Mircea Lucescu told English media outlet FourFourTwo yesterday in an exclusive chat. “He’s incredible, very fast, very good technique. I compare him with other players of the same age who changed [the fortunes of] a club, Di Maria for example at Paris Saint Germain,” he continued, repeating some familiar talking points. “Teixeira can be at the same level, better even. He doesn’t get injured, and every year he gets better and better.”

Squeaking through the to the League Cup final after edging past Stoke City on penalties at Anfield yesterday, the Merseyside giants were crying out for a player with the invention of Teixeira — who has already said he wants to leave the Ukrainian club this month. Without a shot on target until extra-time, Liverpool looked lethargic going forward and lacked the kind of creative players that can break down well worked defences. Notoriously hard to bargain with, Shakhtar seem to be holding out until they get an offer that meets their valuation of the highly rated Brazilian, and though Lucescu remains resigned to the 26-year old leaving at some point, he’s admitted the fate of Teixeira is in the hands of the club’s president.

“Our president knows when it is the time for Teixeira to go,” explained the Romanian manager. “I don’t want to keep a player against his desire,” explained Lucescu, once again confirming that a bid for his services was something that’s been expected for some time. “He wants to play in a big championship.”