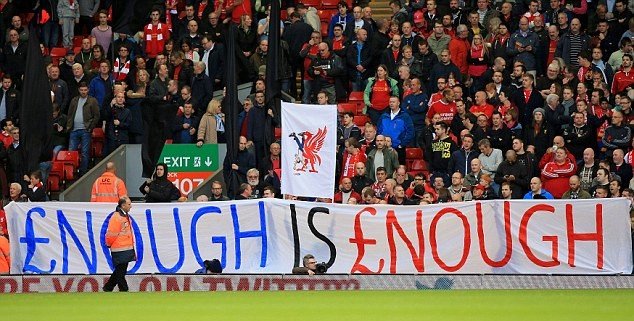 You see, there are other headlines that are designed as click bait, which is often a misleading statement in bold designed simply to get people to click.

This I can assure you is not the case here.

I actually mean it.

Now to get the formalities out of the way, I do not live in Liverpool, I do not live in the UK, I do not live in Europe and the reality is, I am about as far away from the club I love, geographically speaking as one can get without falling off the edge. (Also, just as a side note here, if you believe the earth is flat, you can stop reading right here and just go right ahead and click on the ads below so that I can get paid!). Back to my actual point now, there is a strange affliction that I suffer from, even though I am nowhere near Liverpool my entire Facebook and twitter feeds are full of news about Liverpool and I am not just talking about Liverpool FC, I literally mean the City of Liverpool.

Like many of you out there, I want to ‘experience’ Liverpool completely and geography is not something that will prevent me from doing that…well up to a certain extent.

However, there is one thing that my far-flung existence offers me and that is perspective.

I do not know about how tickets are allocated by the club, I do not know about how season ticket holders remain season ticket holders, but by listening to the guys at The Anfield Wrap like a religious zealot as well as other Liverpool and UK-based podcasters, I have been able to obtain some serious knowledge about how dysfunctional the tickets system that is in place at Liverpool actually is. I hear about the long waiting period for season tickets, the members draw, the lack of availability, the fact that it is impossible to obtain tickets among friends and of course the ridiculous ticket prices that resulted in the recent protests.

Now this is where my detached perspective comes into play, because from where I sit, a great deal of the problems arise directly because of season ticket allocations.

So why not start the reform by firstly abolishing the traditional season ticket system.

Before you all call me crazy and fly off in a rage, let me explain why I think the traditional system needs to be altered.

Imagine for a second a system where season tickets did not exist, you’d free up capacity by removing the need to attend every game, even when you don’t feel like attending simply because you’ve purchased your ticket and you want to make sure you get all the damn value it has to offer. This should help with the atmosphere issues because in theory anyway, it ensures the only people that are at the game are fans that want to be there, not ones that feel obliged to go.

Secondly, I would abolish the set season ticket seat, so that it frees up more areas of the ground to actually get groups in that actually want to be together. Imagine an Anfield stadium where everyone gets to sit next to people they actually want to sit next to, something that the regulars from the Anfield Wrap constantly talk about as an issue that prevents the once vibrant atmosphere at Anfield from taking hold.

But what about people who actually have season tickets, how do you get them to buy into this new system?

Well, when I say abolish season tickets, I actually mean, abolish the current system, but in order to ensure that current season ticket holders are kept happy, you give them first crack at ALL available tickets, so that a season ticket holder can get first preference on their current seat and ticketing allocations and rather than an upfront fee, you could decided to cap the total any individual pays for a ticket across the season to an amount that the both the supporters groups and the club itself deem fair.

The club can then create blocks where local teens can all get together to create the kind of atmosphere they take with them to the away fixtures. It would work wonders for the atmosphere and then maybe just maybe, we can get the 12th man rocking again.

Now how do you fund what is in essence a cut in ticketing prices for the locals? Well, the club should hold a set amount of tickets, whatever that may be for the dreaded daytrippers and out of towners. I would then set up an auction for those available tickets, which means that the club itself will benefit from the demand for those tickets without having to use intermediaries to do the work for them.

Imagine a world where the club is able to get exactly what the market demands for those tickets that they would otherwise sell at face value.

With one stroke of a pen, the club appeases the local supporters through what are in essence subsidised tickets, allows the atmosphere to grow through ticket purchases that allow groups to get together, forms a block for the local youth and absolutely maximises the demand from the out of towners.

It makes sense from where I sit, but then again, I realise that I am not sitting at Anfield so you know, maybe I’m just misguided.

But here’s the final point I would like to make, the club have recently stated that they estimate there are just over half a BILLION Liverpool supporters worldwide and I can promise you that they are absolutely NOT doing enough to turn those fans into paying supporters. I try to do my part by buying merchandise directly from the club, becoming a member of LFCTV but I would genuinely love to be able to do more because supporting Liverpool is not just something I do in my spare time. I want to be able to help in a meaningful way and if the out of towners had to pay to subside tickets for the locals while helping to add much-needed funds to the clubs coffers to bring about success, then I say let us all pay our way through a club run auction system that would take the pressure of the local fans while ensuring the worldwide Liverpool supporter base are able to play their part in the success of the club.

And it is dead set the kind of situation one can only find simply as a result of being at arm’s length from the problem.

So thank you to all the people who contribute to the podcasts that make me feel connected to the City of Liverpool and I hope that my small idea for change helps to create a better experience for all and if it is simply deluded, well, soz lads, you can’t really expect me to know how to fix a problem I have never actually experience myself right?