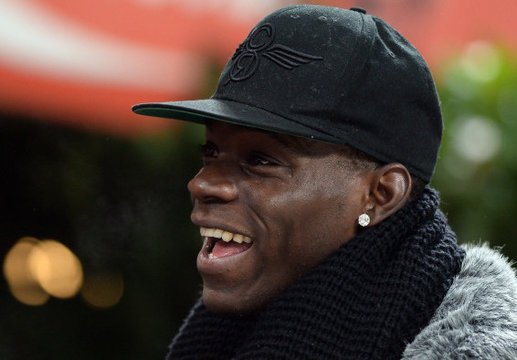 After clawing back a controversial season ticket plan that rightly had supporters in an uproar, Liverpool could be set to rake in the cash in altogether different way with Reds chief commercial officer Billy Hogan in the Far East this week to discuss naming rights with a number of interested parties over Anfield’s new £120mil Main Stand.

Seeking a 10-year commitment and a contribution of somewhere around £9mil per season, sponsorship of the stand would see the bulk of the money that Fenway Sports Group invested in the expansion returned back to the club. There are a number of other items on the table with discussions apparently open on other aspects of the club with commercial deals and even outside investment a possibility — as well as the sale of struggling striker Mario Balotelli.

The Chinese Super League has attracted a number of big name stars during the January transfer window including top Liverpool target Alex Teixeira, Chelsea midfielder Ramires, Atletico Madrid hit-man Jackson Martinez and the perennial transfer target for every club under the sun in PSG’s Ezequiel Lavezzi. Although there’s nothing concrete to tie Balotelli with a move to China quite yet, it’s not outside the realm of possibility with his chances of securing a long term move back to Italy looking grim and his future on Merseyside under new Reds boss Jurgen Klopp even more uncertain.

The Anfield outfit are still contributing a large portion of the £80,000k per week the 26-year old commands and they’re desperate to get him off the books before pre-season training starts. Xi Jingping, who holds the top offices in the Communist Party of China and is a noted football enthusiast, has prompted a wave of investment in their domestic league by declaring that the country should become a “powerhouse” in the world of football. While it’s highly unlikely that Balotelli, who is spending the season on loan at AC Milan and is currently on the out with Rossoneri boss Sinisa Mihajlovic, would be a significant contribution towards that goal, the media absolutely love to talk about him and he’d certainly keep the league in the headlines — probably for all the wrong reasons, but there’s no such thing as bad press, right?