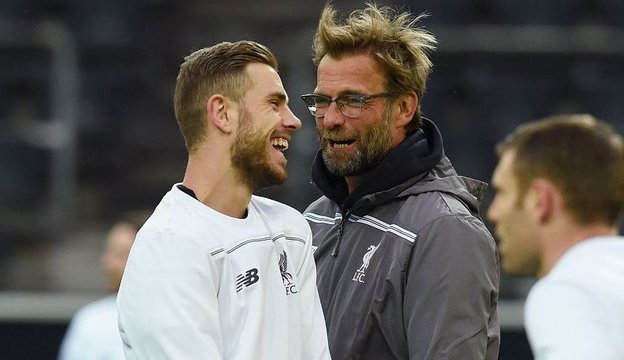 If the press in content in focusing the vast majority of their attentions on Liverpool boss Jurgen Klopp as he prepares to return to the Westfalenstadion for the first time since leaving Borussia Dortmund at the end of last season, then that’s just fine and dandy — this is a big match in a big competition and the Reds could do without the added pressure.

Well, maybe it’s not the biggest match in the biggest competition, but that won’t take away from the spectacle one bit. BvB, of course, aren’t the kind of obscure opponent that this competition is notorious for throwing up and there’s enough storylines in this one to keep even the extremely skeptical or the footballing neutral entertained.

If Klopp going up against a side that still holds a candle very much lit for the charismatic German isn’t enough, having two sets of fans widely regarded as being some of the best in the world go head to head on the terraces as two teams that play exciting, high-octane football square off on the pitch should do the trick.

After having a calamitous outing in the draw with Tottenham Hotspur at the weekend, the Reds boss will have a decision to make over Mamadou Sakho with veteran defender Martin Skrtel itching to get back to first team action. Dejan Lovren, who has looked rock solid over the past couple of weeks, is almost certain to keep his place in the starting eleven with Alberto Moreno and Nathaniel Clyne on the flanks and Simon Mignolet at between the sticks.

Klopp could very well choose to name an unchanged side from the one that faced Spurs, but there’ll be late call on Roberto Firmino, who traveled with the squad to Germany despite there being concerns over an ongoing hamstring problem. Should the Brazilian be recalled, James Milner could make way as he joins the likes of Adam Lallana, Philippe Coutinho and Daniel Sturridge in the Liverpool attack.

Bagging a goal on the road — or in the very least, keeping a clean sheet — will be of the utmost importance, but that will likely be made much harder with Dortmund captain Mats Hummels expected to earn a recall to the starting line-up tomorrow night after he was rested at the weekend. Thursday’s match may come a bit too soon for Ilkay Gundogan despite the influential midfielder returning to training earlier in the week after a month out with a foot problem, but BvB boss Thomas Tuchel could opt to give him a spot on the bench.

If nothing else, the Reds will have to disrupt the flow of service to the likes of Marco Reus, Henrikh Mkhitaryan and most importantly Pierre-Emerick Aubameyang if they want to get out of Germany with their dignity intact. The Gabon international striker already has an impressive 36-goals this season and it’ll be up to Liverpool skipper Jordan Henderson and Emre Can to make sure he doesn’t get too many opportunities to add to that tally.

The Reds may have a distinct advantage playing the second leg at home, but as Spurs learned in the previous round, this tie could very well be over before it even makes it back to Anfield. Dortmund were the early favorites in this competition and they’re doing noting to shrug that tag off. While everyone else is focused on the Klopp storyline and the hosts marching on, hopefully the squad’s is in the right place — causing an upset.