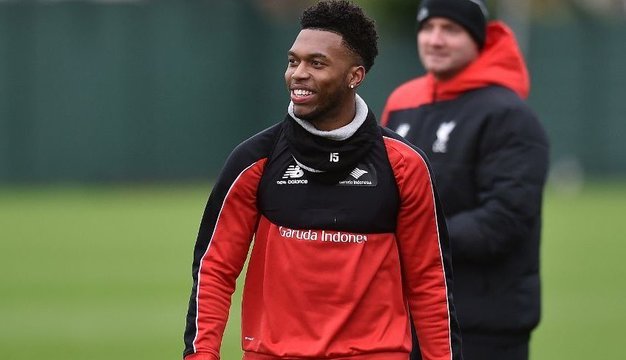 Former Liverpool boss Rafa Benitez may be returning to Anfield a firm favorite among the Reds fervent support, but a warm reception from the Kop is about the only thing the Spaniard will be able to bank on with his Newcastle United team in for a difficult trip to Merseyside.

Though the Magpies have been able to pull in four very important points in their last two outings with a win over Swansea City and a battling draw with Manchester City, their form on the road does not inspire anything resembling confidence. Away from St. James Park they’ve lost their last nine matches in a row and after watching on as their hosts for the weekend overwhelmed Everton on Wednesday, there’s no question that Jurgen Klopp’s men have exactly what it takes to add to that miserable tally.

Winning their last four on the hop – including a dramatic come from behind victory to knock tournament favorites Borussia Dortmund out of the Europa League – the charismatic German has the Anfield outfit operating like a well-oiled machine. Scoring fourteen goals along the way, Liverpool has begun a late charge up the table in a bid to pressure the top sides for a spot in Europe next season, but there is some black smoke swirling and a few sputters can be heard just off in the distance.

A horrendous tackle from Toffees defender Ramiro Funes Mori saw red hot Reds striker Divock Origi stretchered off the pitch on Wednesday night and by all accounts the Belgian is set to miss the rest of the season with a badly sprained ankle. The 21-year old will be in good company with club captain Jordan Henderson and midfield engine Emre Can also sitting out the remainder of the campaign with their own respective knocks. Keeping the first leg of their Europa League semi-final with Villarreal CF coming up on Thursday in mind, Klopp will almost certainly rotate his side again to keeps his players fresh, but the question of whether Daniel Sturridge, who is ironically the only fit striker at his disposal, or Origi will start is no longer a conundrum to consider.

After another impressive showing from the bench against Everton, Joe Allen will likely be drafted in to the starting eleven and could partner youngster Kevin Stewart in the middle of the park. Since Martin Skrtel is unlikely to feature with a groin problem, Lucas could be called upon to fill in again as a partner for Kolo Toure with the Ivorian tipped to earn a recall. Sturridge, who made the move from Stamford Bridge to Anfield under the watch of a certain Spaniard during his spell as interim boss at Chelsea, may be handed a chance to add to his 50-goal haul for Liverpool, but Roberto Firmino could be preferred to the Englishman if Klopp wants to make sure he’s in tip top shape for the trip to the Estadio El Madrigal next week.

“We are fighting and they are fighting. They have a good manager and they have good players. The atmosphere will be fantastic,” said Benitez, speaking to the press ahead of Saturday’s showdown. “We know about our away form and it’s not the best, but the reaction of the players these last two games showed me that we can improve,” explained the former Real Madrid boss. “We have got to believe, I’m not just happy with just two good games. We have to fight to the end.”

In a style typical of the Spaniard, a number of changes have been made to the Newcastle set-up and thus far they’ve reaped the rewards. That being said, it’ll be a tall order for them to do the double over the Reds after a surprise 2-0 victory back in December temporarily lifted the gloom for the Geordie army.

As per usual, the battle will be won or lost in the middle of the park, and as we know all too well, Benitez’s knack for choosing the right tactics at the right time will influence this one heavily. Georginio Wijnaldum, who scored both goals in the reverse fixture, has yet to truly prove his worth to the new boss but Moussa Sissoko, who scored his first of the season in the 3-0 win over the Swans, has always been a player that the Reds have struggled to contain and he’s looking to be back to his imperious best. Then, of course, if you throw former Liverpool midfielder Jonjo Shelvey in the mix, anything can and will happen.

Sitting a point behind and having played a match more than fierce rivals and fellow relegation candidates Sunderland, the Magpies really have no margin for error. With only three matches left for them to play following Saturday’s trip to Merseyside, it’ll be a scrap that comes right down to the wire. As much as I’d like to see Benitez survive the drop, I’d rather have the three-points and a positive result ahead of the Europa League semi-final. History is important, but at this point, it’s the present that matters.