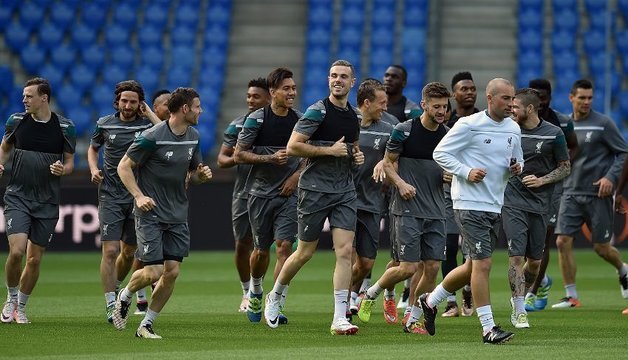 Without generalizing too much, there are two things that I know for certain about Liverpool supporters — above all else, we love Adidas trainers and European trophies.

We’re not playing for the one with the big ears that we have all the songs about, but that hasn’t dampened the mood one bit. Since Jurgen Klopp took charge back in October, the Europa League has gone from minor annoyance to a real reason to dream again. It’s not that monotone, cynical optimism either; the charismatic German has this side playing some serious football. The Reds may be going into the meeting with back-top-back champions Sevilla FC with the match finely poised, but for once, there’s no reason to revel in our underdog status.

This one is here to be won.

That, of course, is not to say that we’re going to roll on to lift the trophy. If nothing else, it’ll be a proper match between two teams very much on the top of their game. Say second tier with the wave of your hand all you want, but it’s very rare that a side retains a European trophy and nearly impossible to win it three times on the hop. You can tell that to Unai Emery’s side, but they won’t be hearing it.

“This is an opportunity to play in a third final and win it to change history and to have our names recorded forever and ever is very motivating,” said the Spaniard, speaking to the press ahead of the match. “We are winners, we are the champions and we have the possibility to defend our title,” he continued, sounding confident, but not cocky. “Sevilla does not fail when we are really focused.”

It’s easy to say that the danger man for Los Rojiblancos is forward Kevin Gameiro, who has scored seven and set up a pair in this competition en-route to the final, but the fact of the matter is that the Frenchman isn’t the only one that poses a real threat. The likes of Yevhen Konoplyanka, who nearly joined the club during last years fractious January transfer window, and Steven N’Zonzi, who scored Stoke City’s fifth during the still embarrassing 6-1 loss at the hands of the Potters that closed out our last campaign, both have the chops to compete on the big stage and will need little motivation to get up for this one.

Despite this being their first European final since losing out to AC Milan in the Champions League back in 2007, Liverpool remain a scalp worth…well…scalping. A miraculously dramatic run to the final has done nothing to tarnish the mystique that’s surrounded them since rising to prominence under Bill Shankly and Bob Paisley all those years ago, and under Klopp, they’ve found a manager to carry on that tradition.

The team might not pick itself, but after making mass changes to the side that closed out their domestic campaign against West Bromwich Albion at the weekend, it’s expected that the Reds manager will recall almost all of the players that drew with Chelsea a week ago. Daniel Sturridge should lead the line despite Divock Origi coming back into contention, the attacking trio of Philippe Coutinho, Adam Lallana and Roberto Firmino will be in support, Emre Can will partner stand in skipper James Milner in the middle of the park as captain Jordan Henderson waits in reserve and a backline of Nathaniel Clyne, Dejan Lovren, Kolo Toure and former Sevilla fullback Alberto Moreno will be the last line of defence ahead of Simon Mignolet.

At least it should be something like that. Right now, it hardly matters. With my nerves already jangling, that old feeling is back; a mix of gut wrenching anxiety and Christmas morning anticipation. Neither side has lost when they’ve made it to the final the of the Europa League / UEFA Cup, but all that changes tomorrow as we look to add a 12th European trophy to our already well stocked cabinet.

You can talk about Champions League places and all that all you want, but I’m here for the silverware. That’s what matters; it’s always what matters and the scene is a familiar one. The brand with the three stripes will be well represented in the stands with the Liverpool supporters expected to double their Spanish counter parts on a two to one margin in the Swiss capital — it’s those Scousers again, isn’t it? You’re damn right it is.