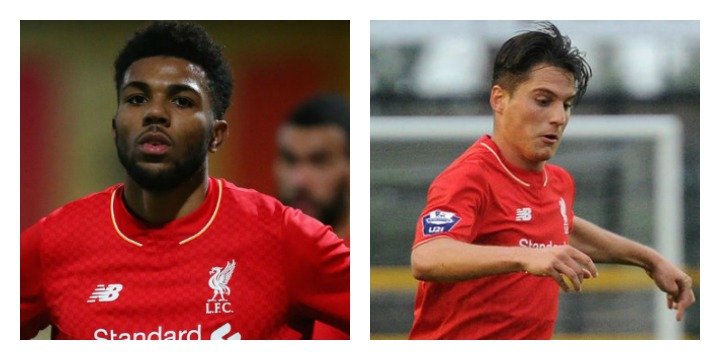 After Liverpool allowed midfielder Jordan Rossiter to sneak off to newly promoted Scottish side Rangers for a song, the Anfield outfit will be looking to make up the shortfall as two other youngsters leave Merseyside in the coming weeks.

There was talk of striker Jerome Sinclair going out the door after failing to agree to a new contract with the Reds and that’s come to pass with the 19-year old set to join Premier League rivals Watford FC as he looks for more game time. Although he’s leaving on a free transfer, due to his age, Liverpool will be entitled to compensation — much like the Danny Ings situation when he left Burnley FC last year — and they’ll be looking to bring in somewhere around £4mil for the up and comer.

Which, incidentally, is about the same amount the Reds will be looking for should Sergi Canos’s rumoured request to leave Merseyside this summer is granted. The 19-year old impressed during a loan spell with Championship side Brentford during last season, and though he’s already expressed his interest in working with Reds boss Jurgen Klopp, apparently he’s more interested in playing regularly.

With only 9-minutes of Premier League football to his name, it’s unlikely that Canos would be given even a supporting role in the Liverpool squad next season. A number of Portuguese clubs are rumoured to be interested in his services, but the water-cooler chatter says the youngster wants to stay in England with the likes of Queens Park Rangers and Watford interested in his services.