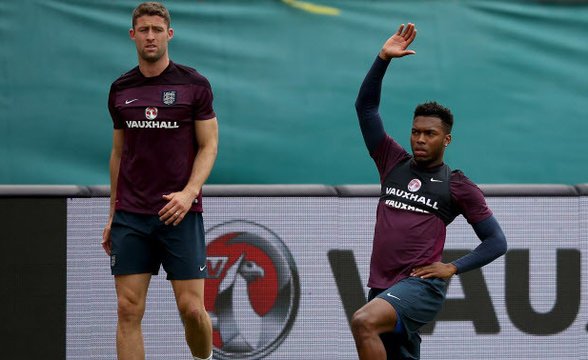 Although we’re not about to jump to wild conclusions over just what happened to Liverpool striker Daniel Sturridge to make him miss training with England earlier today, when it comes to the injury prone 26-year old, it’s not always without merit to fear the worst.

As the Three Lions warm up for the European Championships in France next month, the Football Association has lined up a number of friendlies to get the team in the mood. After squeaking past Turkey on Sunday, they’ve got a meeting with Australia penciled in for Friday at Sunderland’s Stadium of Light before finishing off their pre-tournament preparations with some tougher opposition with Portugal visiting Wembley next Thursday.

Now, once again, it’s not full on panic mode time, but according to a number of reports in the media, the FA has insisted that they don’t know whether or not Sturridge is injured – which, of course, doesn’t sound too good at all. What they do know is that the Reds hit-man and Chelsea defender Gary Cahill did some work on their own away from the main squad at Manchester City’s training base.

Since returning to somewhere near full fitness after spending more than a year on and off the treatment table, the Liverpool man is getting back to his best despite persistent rumours about his relationship with Reds boss Jurgen Klopp and some of the Anfield faithful – as well one or two talking heads – suggesting that he doesn’t have the mental fortitude to play top level football or through the aches and pains that come along with it. While it’s likely that his absence from training is just being blown out of proportion, should there actually be a deeper problem, it could be a massive blow to England boss Roy Hodgson’s plans for the Euros and Sturridge’s own road to recovery.