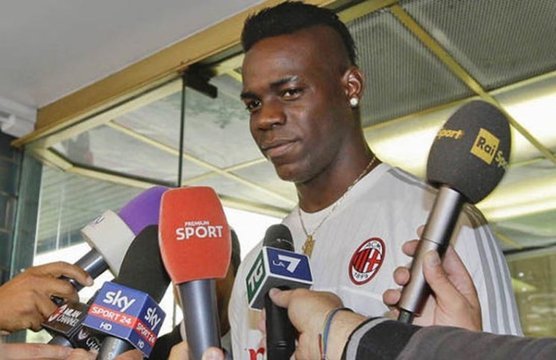 If Daniel Sturridge scoring a scrappy winner as England came from behind to beat the Welsh in the European Championships is any indicator as to why we need to hang on to the fit again hit-man this summer, the news that Mario Balotelli’s agent has been shopping the out of sorts striker around to anyone that might even remotely consider taking a punt on him has the exact same connotations as to just why we need to be shot of the Italian as soon as possible.

Although his season was blighted by injuries, the 25-year old endured a torrid time on loan with AC Milan and found the net just once as the Rossoneri under performed their way to a seventh place finish. Having taken a massive pass on their option to sign him permanently, the Milan side have effectively made Balotelli homeless with him being persona non-grata on Merseyside, but it sounds like the legend will live on with Turkey being his most likely port of call.

“I offered Mario to Besiktas and I’m waiting for their answer,” the Italian’s agent Mino Raiola told the Turkish media. “But I’m quite sure the transfer will happen,” he added, making it sound like a move to the Super Lig champions was a done deal. “The president already assured me in the past that he would do everything he can to sign him.”

At this point, any return on the £16mil that the Reds paid AC Milan for him two years ago would be something to consider. Balotelli, of course, is not the kind of player that would fit in to Liverpool boss Jurgen Klopp’s all action, high pressing philosophy. Although they’ve reportedly received offers from a number of different places — including China — let’s be honest and say that whoever wants him can pretty much have him.