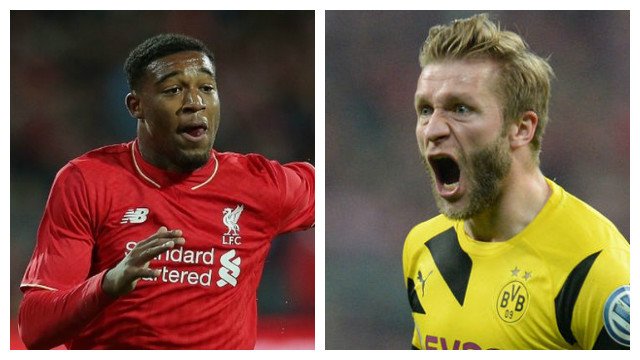 After falling out of favour and substantially down the pecking order last season, Liverpool winger Jordon Ibe’s future on Merseyside was always up for debate, but the Reds have seemingly drawn a line under the issue by accepting a bid of £15mil from AFC Bournemouth for the 20-year old.

While that might sound like a tidy move for a player looking to rediscover his feet and an even tidier fee for a club looking to rebuild, things aren’t quite that easy. Although he’s apparently already held talks with Cherries boss Eddie Howe, the pacey youngster is holding off on making a decision with the idea being that other suitors may come knocking. Linked with both Watford FC and West Bromwich Albion last month, the bar has now been set for anyone that wants to pursue an interest.

And, almost immediately following the news that Liverpool were ready to let him leave, news of a potential replacement cropped up with Borussia Dortmund winger Jakub Blaszczykowski supposedly on the radar of the Reds German manager. The two, of course, know each other well with the Poland international a stand-out player at the Westfalenstadion during Klopp’s successful spell there, so there’s little surprise that he’d be linked with a move to Anfield — along with, you know, pretty much any other player he’s ever managed.

Having spent last season on loan in Serie A and seemingly out of now boss Thomas Tuchel’s plans, an exit from the Bundesliga side isn’t out of the realm of possibility and if the media is to be believed he has a a budget price-tag of £5.96mil attached to him, making the 30-year old an absolute steal. There’s little doubt that Klopp can do a lot with a side packed with youngsters, but every now and again you need some experience and guile to get you through and Blaszczykowski — as we saw at the Euros — has both in abundance.