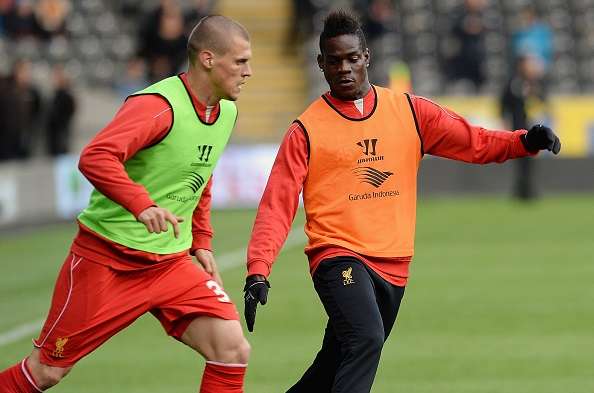 It’s only inched along over the last couple of weeks, but after successfully completing a medical, it looks like vertern Liverpool defender Martin Skrtel’s much delayed moved to Turkish club Fenerbahce is set to be completed and announced within the next two days — for real this time.

A combination of long term injuries and falling down the pecking order after Reds boss Jurgen Klopp succeeded now Celtic manager Brendan Rodgers in October saw the Slovakia captain make just over twenty Premier League appearances last year. That, of course, hasn’t sat well with him and after a social media faux-pas late last month made it obvious that the relationship between the player and his manager had reached a breaking point, it was only a matter of time before he moved on elsewhere.

That, also, seems to be the case with perennial misfit Mario Balotelli. The controversial Italian striker has returned to pre-season training with Liverpool after an unsuccessful loan spell with AC Milan saw him fail to earn a permanent move back to the San Siro, but the 25-year old was left out of the Reds first pre-season match with Tranmere Rovers on Friday. Klopp, never one to pull punches, has since make it crystal clear that not only is here on the market, but that the Reds are trying to get shot of the Italian as soon as possible with a move to China or a lower level club in Serie A looking the most likely.

“I have spoken to him about this,” the Liverpool manager told reporters when asked about Balotelli’s absence. “He’s not at the stage of his career where he should be battling with four or five other players for one or two positions … so it’s clear we need a solution. There will be a club around who would be happy to have the new Mario Balotelli,” explained Klopp. “I have spoken clearly to the player about that.”