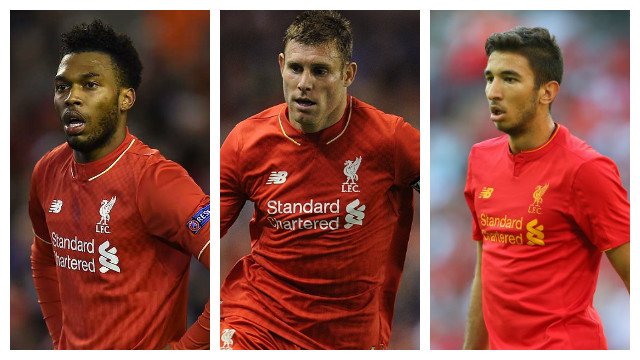 Although most of the talk has been around Arsenal’s high profile absences ahead of their opening day clash with Liverpool at the Emirates Stadium, the Reds are behind the fitness kosh as well with the likes of star striker Daniel Sturridge, vice-captain James Milner and new boy Marko Grujic facing late fitness tests ahead of their jaunt to North London.

Following a weekend of friendlies in which the Anfield outfit downed Spanish juggernauts Barcelona and lost to Bundesliga side FSV Mainz 05 only 24-hours later, Liverpool boss Jurgen Klopp admitted that he had “no idea” whether or not Sturridge would be fit to face the Gunners after missing both outings due to a hip injury. The 26-year old had only just returned to fitness during the later half of the season after spending large swathes of the last two campaigns sidelined.

Used sparingly by then England boss Roy Hodgson during the European Championships over the summer, he hooked back up with the Reds during their pre-season tour of North America without any injury concerns, but a recurrence of an ongoing hip problem could see either Divock Origi or Roberto Firmino handed a starting berth against Arsenal on Sunday. Sturridge, along with Milner, have not trained with the group this week, although they’ve had separate sessions as the Anfield medical staff monitor their respective situations.

The Liverpool vice-captain has a torn muscle in his foot, but has not been ruled out of the Gunners clash as of yet. Should he miss out, it’s expected he’ll be ready to face newly promoted Burnley FC the following weekend. Likewise, Grujic, who is suffering from an ankle problem that Klopp described as “not serious”, is still in line to make his competitive bow for the Anfield outfit at the Emirates, but that could be delayed by a week if the situation doesn’t improve in time.