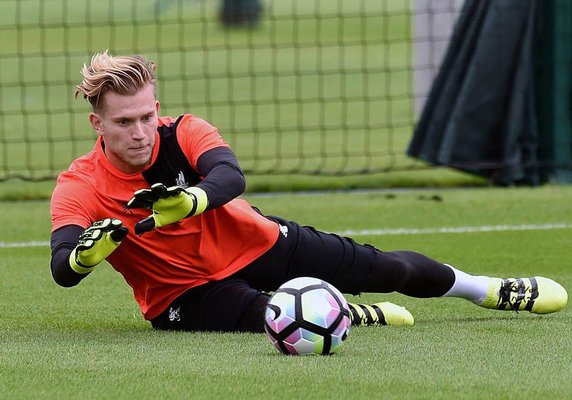 After a major injury blow for Liverpool and new summer signing Loris Karius, the German stopper is back to full training. The 23-year old was forced out of action for the potential of up to 10-weeks with a broken hand, sustained against Chelsea in the United States back in July. Karius was brought in by fellow countryman and Reds boss Jurgen Klopp for £4.7 million as both competition and cover for Belgian goalkeeper Simon Mignolet — who is no longer assured a spot in the starting eleven.

Following his arrival from Bundesliga side FSV Mainz 05, the German featured in Liverpool’s first four friendly matches before breaking his hand against Antonio Conte’s Blues. However, after just over 5-weeks out, Karius now finds himself ahead of schedule on his return to full fitness after support wires were removed from his hand last week.

Subsequent to the shot stoppers return to full training on Wednesday, after speaking to the official Liverpool website, the new signing is refusing to get ahead of himself and not risk returning to action too soon, only when deemed ready by the backroom staff. The 23-year-old also added, with regards to his return to full fitness and the competition within the team, “Competition is always good for the team. The manager needs to find 11 players and we have great players in every position – probably two for each position. That’s how it is.” He also added, “Goalkeeper-wise, the three of us (Karius, Mignolet & Manninger) get on really well. In training, of course we know we are in competition, but we have a good relationship and there’s a good harmony between us.” Despite the ‘keepers claim of not risking jumping into action too quickly, in last couple of days, Karius backpedaled a bit by saying, “I am well prepared and looking forward to it, so there’s nothing I am scared of or unsure of. I think I am good to go.”

Since Loris Karius was side-lined for the beginning of the new Premier League season, Klopp had little choice but to put his faith in Mignolet. The former Sunderland shot-stopper has been under constant criticism since his arrival back in the summer of 2013 and that hasn’t changed this season. It might be too early to start talking results, but Football is a sport driven by just that and with the Reds securing a win, a draw and a loss from their opening three matches, things will need to improve if they want to challenge at the top — something Karius is well aware of. “Obviously I want to play but with the injury I just have to see how it goes. The most important thing is that as a team we get results on top of playing well. Whoever the manager thinks is best to do that for him, that’s how it is”. Liverpool have had mixed performances thus far and player performance has been key to that. Mignolet has seen the ball go into his net six times in three league games and will be likely to be replaced when Karius is fit and ready.

With the plaudits the German received back in the Bundesliga for his performance whilst at Mainz, CAN and SHOULD Loris Karius leapfrog Mignolet into the starting eleven this Saturday?