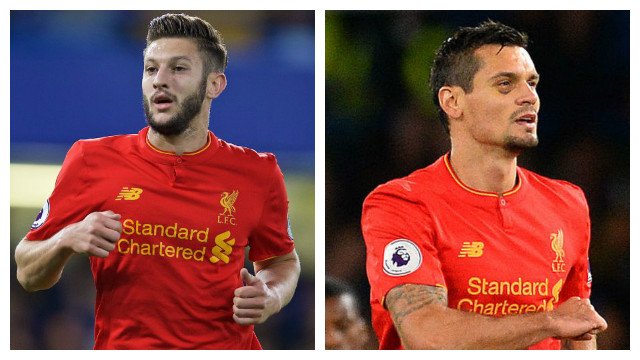 It was a hard fought victory as Liverpool came from behind to claim full points against Swansea City at the Liberty Stadium earlier today, but it didn’t come without casualties with both Adam Lallana and Dejan Lovren picking up groin injuries that will see them stay back on Merseyside for treatment and hopefully some training over the international break.

“Dejan was one of the last moments of the game. [It is a] groin [injury] for both, hopefully not that serious,” said Reds boss Jurgen Klopp, giving an update on the pair after the final whistle. “Adam felt it, tried it again and it didn’t work. In this moment they have no chance for the national teams,” he said of the former Southampton pair, knowing full well that a meeting with Manchester United is just over the horizon. “But hopefully 16 days should be enough to bring them back onto the pitch for the next game.”

That, of course, is when eternal rivals Manchester United come to town and Klopp will be hoping that the revitalized pair will be ready to go come kick-off. Lovren, after earning his spot back in the starting eleven during the latter part of last season, has been a mainstay in the Liverpool defense this season and is no longer looking like a player devoid of anything resembling confidence. Ditto for Lallana with the old Saints captain, who made way for Daniel Sturridge midway through the first half, picking up the Standard Chartered Player of the Month award for September on the back of some outstanding displays.

“Things like this happen – there was no sign of it in the week,” explained Klopp. “The pitch was a little bit wet, of course, so things like this can happen,” continued the German, hoping that neither player will be sidelined for the long term. “It’s not too nice but nothing else.”