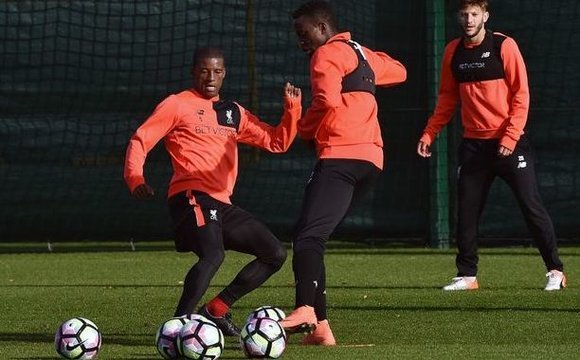 Liverpool vice-captain James Milner may have been conspicuously missing from training yesterday as the Anfield outfit look to put a frustrating draw with Manchester United behind them when they host West Bromwich Albion at the weekend, but Reds boss Jurgen Klopp made no mention of him as he confirmed his side have no fresh injury concerns ahead of the meeting with the Baggies.

Having missed out on the meeting with the Red Devils after taking a knock while on International Duty with the Netherlands, the German manager also confirmed that Georginio Wijnaldum was back in contention for a spot in the squad when Tony Pulis’s side visit Merseyside in Saturday’s late kick-off — good news considering how badly we missed the former Newcastle United man’s drive and industry on Monday.

“Actually in this moment there’s nothing really to moan about,” said Klopp, speaking to the press at Melwood. “We had a few kicks and things like this in the game (Man United) and still felt after the game but no-one is ruled out at the moment,” he continued. “Gini (Wijnaldum) is on the way back, that’s good and if nothing happens today or tomorrow we’ve got quite a big squad to choose from.”

While there were concerns that both Wijnaldum and Adam Lallana would miss the meeting with United, only the former was sidelined after failing to recover from a hip problem with the latter coming on to great effect on the hour mark. Alongside club captain Jordan Henderson, the three of them have formed quite a cohesive, formidable midfield unit — something we’re going to need working at capacity when we come up against a big, physical West Brom side at the weekend.