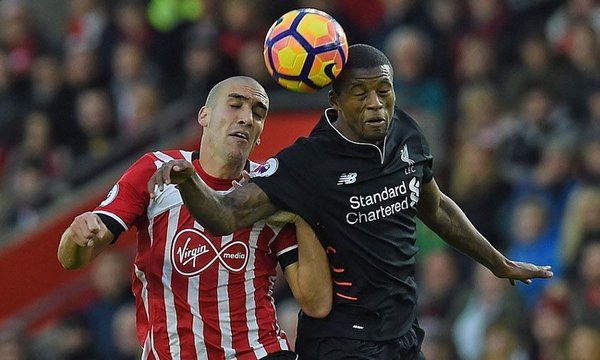 It’s back to the South Coast for Liverpool as Southampton put two goals past Arsenal in their League Cup quarter-final clash at the Emirates Stadium to set up a tantalising semi-final with the Reds.

Through to the penultimate round for the first time in 30-years, the Saints will square off with a Liverpool side that put six past them the last time they met in this competition as a double from Daniel Sturridge, a Divock Origi hat-trick and a classy strike from Jordan Ibe made Sadio Mane’s quick-fire opener absolutely irrelevant.

By the time these two sides meet for the first leg in Southampton during the week of January 9th, the Senegalese attacker — who, of course, now plies his trade at Anfield — will be off to the Africa Cup of Nations. Having been ruled out for up to six weeks with an ankle injury, Philippe Coutinho should be back in contention by then and if not by the time we do it all again on Merseyside two weeks later.

After running out a scoreless draw at St. Mary’s Stadium earlier in the month, these two sides are in for a hard fought encounter — one that comes on the back of the already hectic Festive Fixture period. With either Hull City or Manchester United waiting for them in the final, it’ll give Liverpool a shot at setting right their loss to Manchester City in competition’s showpiece event last time around and for Southampton, well, they haven’t won anything at all in quite some time so they’d probably just be happy to have a day out at Wembley.