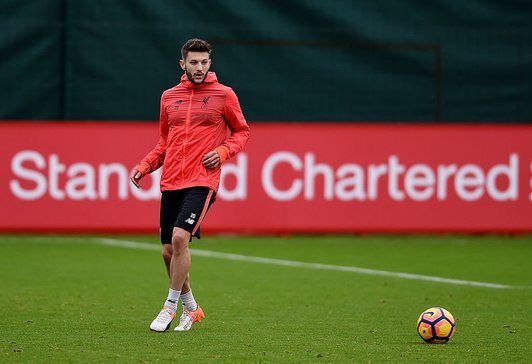 Following their progression to the semi-final, Jurgen Klopp’s men will be looking to further extent their unbeaten run to sixteen in all competitions.

Title rivals Chelsea and Arsenal both secured wins over the weekend, Antonio Conte’s men getting the better over Manchester City.

Therefore Liverpool can put three points between themselves and the 2014 Champions, nestling in just one point behind the leaders and leapfrog back ahead of Arsene Wenger’s men.

Klopp has done amazing things in the small time he’s been with this Liverpool team but he has got us all believing again; as he told us to.

It’s very important that Liverpool keep breathing down the necks of Chelsea. The Pensioners’ next five games are against West Brom, Sunderland, Crystal Palace, Bournemouth and Stoke.

Surely, they’re going to get – at least – 13 points there? Especially as three of the two fixtures are at the Bridge.

Klopp has endured a mild injury crisis recently; Phil Coutinho, Firmino, Sturridge, Adam Lallana and Joel Matip have all had to sit on the sidelines.

Luckily, it seems as if Firmino, Lallana and Matip will be making their awaited returns on Sunday against Bournemouth.

Eddie Howe’s men have been playing some attractive football this season and Dean Court can seem intimidating, resulting in a few top-flight sides stumbling at the 11,500 capacity stadium.

Liverpool fans will be wondering how Jordon Ibe is getting on down south. Honestly, he’s been underwhelming.

Ibe, like when at Liverpool, has shown that he has the ability but has failed to prove himself on the field. He started strongly at the beginning of the season but hasn’t featured in Howe’s starting eleven in Bournemouth’s two previous games.

I truly doubt he will start against his former club; other players are in better form.

Andrew Surman, who scored a consolation goal the last time the two sides met, is unavailable for Bournemouth – he suffered a hamstring earlier this season and currently has no return date, à la Sturridge.

Artur Boruc, who has been outstanding this season, will take a late fitness test to see if he’s able to start the game – as will Junior Stanislas and Charlie Daniels.

Goodness, one win in five…

I don’t see any trouble for Liverpool here; wins against defensive sides like Sunderland has shown me that it’s very difficult to stop up from putting the ball into the net.

Bournemouth play some very free-flowing, attacking football and I doubt they will hold back when Liverpool come knocking this weekend.

The hosts are very capable of scoring themselves but with just three goals in their last six games, it seems they’ve slowed down of recent.

If you’d like to strongly disagree with me or remind me of what I’ve written after Boruc starts, makes 37 saves and scores the winner in a 1-0 victory, you can find me on Twitter – @StefanoHairon.