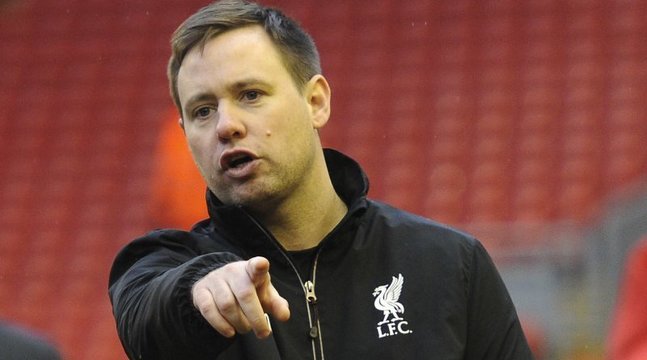 Michael Beale’s four year stint in charge of the Liverpool U-23 side came to an end on Tuesday night as he watched the Reds reserves run out a 1-1 draw with their West Bromwich Albion counterparts ahead of taking up a post with legendary Brazilian side Sao Paulo as assistant manager to Rogerio Ceni.

“It’s a really difficult decision,” said Beale. “One thing I’ve always wanted to do is learn a second language. I think more English coaches have got to do it. It’s always been my dream,” continued the South America bound coach. “They’re obviously a huge club. I met the coach when he came over to visit. He came in and spent a day, watched me coach,” added Beale. “It’s a big challenge and opportunity for me. I’m 36, so I’m a young coach. But leaving Liverpool, wow… it’s broken my heart.”

Developing emerging talent has been at the core of Liverpool’s philosophy and has only magnified since Jurgen Klopp took over at Anfield just over a year ago. Although the Reds remain one of the biggest clubs in Europe and a massive draw for players, they’ve struggled to compete financially with their more wealthy rivals despite the Dribble Down Economics chart showing that they’re no slouches when it comes to paying wages across the board.

Although he’s confirmed that he’s taking some time off to consider his options, Anfield legend Steven Gerrard is being tipped to take up the role at the Academy with the 36-year old having retired from football after leaving Major League Soccer side LA Galaxy last month. The Reds hierarchy are keen for the Scouse midfielder to be involved at the club and see him as a future manager. While there’s no confirmation from the club quite yet that Gerrard will take over for Beale, the expectation will be that whomever is handed the reigns continues and builds on the good work he’s done during his four years with the club.