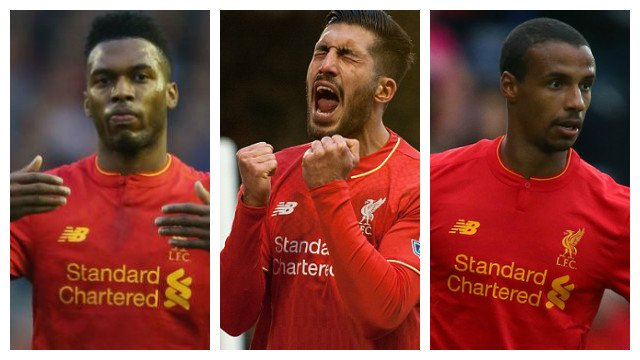 With the squad looking relatively thin over the past couple of matches, Liverpool boss Jurgen Klopp has revealed that the Reds could have some familiar faces available again when they visit Goodison Park on Monday for the first Merseyside Derby of the season, but he’s also stressed that there’s no guarantee that there will be any changes from the team that ran out 3-0 winners over Middlesbrough on Wednesday night.

“He’s closer to team training than he was last week and maybe we can involve him today,” said Klopp when asked if Daniel Sturridge would be back in contention for the Toffee’s clash. “If we can involve him today then in our situation, of course [we will use him]. Danny cannot be at 100 per cent but having Daniel Sturridge for 20 minutes would be fantastic,” enthused the German manager before providing a similar update on Emre Can. “[He is on a] pretty good way. It was a strange injury, I had never heard of this ligament but when it’s injured, it’s injured,” mused the Reds boss. “He has had not that long a break so if he is ready to train today or tomorrow then we will involve him.”

After sitting out the meeting with Boro, Joel Matip could be back in the starting eleven for his first Derby, but Klopp is remaining cautious with the defender. A long standing ankle injury has seen him come in and out of the side and with the busy Festive Fixture period just around the corner, he could remain on the sidelines when we make the trek across Stanley Park.

“Joel is again a little bit different. We did not make a final decision about how we handle it because he had this problem for two or three weeks,” explained Klopp.”It’s a little bit of an ankle problem, it’s not a real injury but it’s painful and we cannot push him through, that’s the situation,” added the Reds boss. “So now we have to see if we try it against Everton or if we give him a few days and try against Stoke or another few days and try against Manchester City,” mused Klopp, staying non-committal. “He did parts of the training before the Middlesbrough game but in the end he said, ‘I cannot sprint’ so it makes no sense [to use him]. We are in really intense conversations about this and we haven’t decided.”