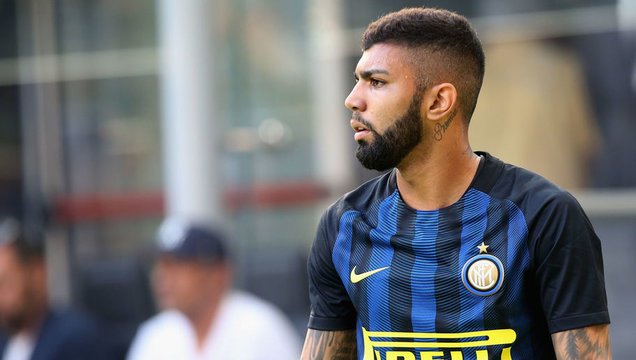 A doesn’t go by without Liverpool being linked with an interest in one player or another and today is no exception; while the Reds have been heavily linked with Borussia Dortmund’s exciting winger Christian Pulisic, the German side are adamant the young American isn’t for sale. Of course alternatives are being mooted by the media with the names of FC Rostov forward Sardar Azmoun and Spartak Moscow man Quincy Promes being tossed around, but a new contender has emerged and it’s got more than one set of ears perked up.

“I talk to him constantly,” the agent of Inter Milan attacker Gabriel Barbosa told Radio Globo. “Everyone knows the salary which Gabriel receives at Inter isn’t sustainable for Santos, no club [in Brazil] can afford him. I was contacted by a club from Rio and one from Minas to take Gabriel on loan, but I can’t guarantee anything,” continued his representative Wagner Ribeiro. “What I want is for my client to no longer be humiliated,” he added, before asking a very good question. “Why isn’t he playing? Not even Inter can answer that.”

Although there’s absolutely nothing concrete linking the Reds with an interest in the Brazilian, the Anfield outfit could be tempted to have a punt on the 20-year old either on loan or on a permanent deal with the Brazilian clearly unhappy with the situation at the San Siro. With Sadio Mane at the Africa Cup of Nations with Senegal in January, Jurgen Klopp could find himself short up front — a spot the man they call Gabigol could fill alongside compatriots Roberto Firmino and Philippe Coutinho.

“When he came from Brazil they said he wasn’t ready physically, but now he’s in great shape. The truth is that they haven’t even given him a chance,” fumed Ribeiro. “Gabriel was a starter at Santos, called-up by Brazil and has been an Olympic champion. Then he was sold for an amazing figure,” explained his agent, issuing a warning to the Italian giants. “We’ll resolve this situation in January, he has a five-year contract but that doesn’t mean anything if he isn’t playing. He’s unhappy right now.”