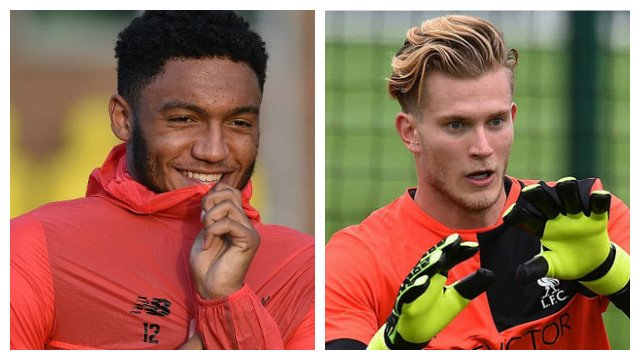 Liverpool boss Jurgen Klopp is set to shuffle his pack when League Two side Plymouth Argyle visit Anfield on Sunday in the FA Cup Third round as the German manager keeps one eye firmly on the first leg of the League Cup semi-final meeting with Southampton midweek and the trip to Old Trafford that looms large at the weekend.

“He’s in a good shape,” the Reds manager told a news conference on Friday morning when asked about youngster Joe Gomez. “Maybe [it will be] his first game at Anfield in a long time. Maybe it would not be the biggest surprise if he would be in the lineup if nothing happens,” mused Klopp. “It would be the next step and nice for all of us. He’s a wonderful boy and we are really happy for him that he is fit now.”

Also in defense, it sounds like Loris Karius will be given a chance in the starting eleven again after being dropped to the bench following a poor run of form. Now, just how Klopp might proceed going on from here remains to be seen, but with Simon Mignolet keeping things steady at the back, it’d be surprising to see the Belgian overlooked considering the packed fixture list ahead of us.

“A big chance,” confirmed the Liverpool boss when asked if the German shot-stopper has a shot at playing. “He trained outstandingly good, [that] was good to see. It’s difficult to speak about things like this in public because you [the media] make all of these things big stories. That’s a little bit of the problem,” explained Klopp, ploughing a familiar furrow. “How we said before, we cannot ignore the pressure you make. That’s how it is. We have to cope with it, we have to deal with it. That’s why I said we make the change,” added the German. “Loris will benefit from this step back or step aside. Simon does a really, really outstanding job for us since he is playing again. Loris has forced him to train at the highest level because we have two really good goalkeepers. It was good for him.”