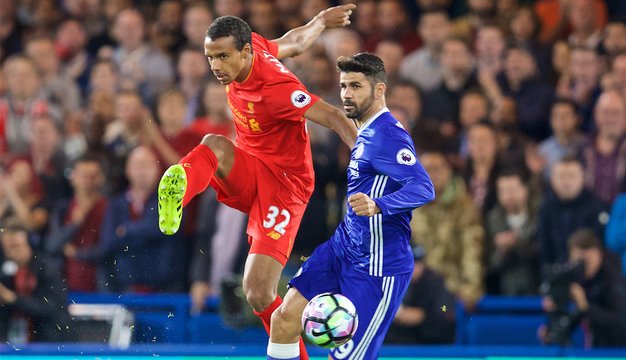 Just when you thought the whole Joel Matip / Africa Cup of Nations row was over, Liverpool were forced to withdraw the defender from the squad that drew with Manchester United yesterday after FIFA failed to clarify his availability prior to the match. Now, football’s governing body has responded to the Reds inquiries, but in typical fashion, their response is clear as mud.

“Our understanding is Joël is retired from international football and we, the club, did everything we had to do to make this clear but until now we could not get the response we need to be 100 per cent sure that he can play,” said Liverpool boss Jurgen Klopp, speaking to the media after the match. “It’s pretty difficult and pretty frustrating, to be honest. He’s been in training for five days and would have been in the squad, 100 per cent, maybe on the pitch today, so I don’t think it’s fair,” continued the German manager. “But we need to get an answer as quickly as possible because on Wednesday we have the next game [an FA Cup third-round replay at Plymouth] and then another game and another game. We cannot wait forever.”

Not willing to risk having a result overturned and a possible sanction levied for fielding Matip — who could be deemed an ineligible player despite ultimately not being selected by Cameroon on the back of making his intentions not to play in AFCON known months prior to the tournament kicking off — he was left out of the squad at Old Trafford and will apparently remain sidelined for the foreseeable future.

“We can confirm that Liverpool FC contacted FIFA about the matter to which you refer,” said a spokesperson for football’s governing body. “Our services answered by directing the club to the applicable provisions [Annexe 1 of the Regulations on the Status and Transfer of Players] in particular its art.5.”

Obviously, this leaves the matter open for interpretation with FIFA failing to confirm his eligibility; considering his international retirement somehow remains a matter for debate and even though Cameroon did not end up selecting Matip for the Africa Cup of Nations squad, the possibility of a punishment looms large.

Article 5:“A player who has been called up by his association for one of its representative teams is, unless otherwise agreed by the relevant association, not entitled to play for the club with which he is registered during the period for which he has been released or should have been released pursuant to the provisions of this annexe, plus an additional period of five days.”

One thought on “FIFA Respond to Matip Inquiry, Refuse to Comment on Eligibility”