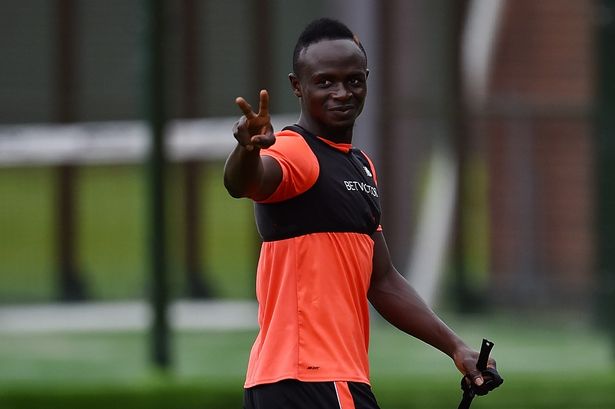 January is finally over! Let’s forget all about the first month of 2017 and just remember it as the month Lucas Leiva scored a header and Simon Mignolet saved a Diego Costa penalty.

Liverpool are looking to get their first Premier League win of the year… Oh. Yeah. That’s a thing.

Even though Jurgen Klopp’s Reds couldn’t find a second goal against Chelsea at Anfield to take all three points, there are plenty of positives to be had.

A draw was acceptable on the day; we could have easily lost the game – and easily won it too. Speaking of which, I feel I need to talk about Roberto Firmino.

He is one of our best players but his head must have been everywhere during the Chelsea game; he was in court the following day because of a DUI charge and was apparently very nervous.

I know it’s a oh, poor little baby, got caught driving after a few bevvies but we’ve all made mistakes and he’s now going to pay for it (12 month driving ban and a £20k fine) so hopefully he can now completely concentrate on his football.

There is a feeling that Liverpool have overcome their lowest point of the season and that we will now start to see that high intensity, attacking football working successfully again.

The return of Sadio Mane is a huge gain, while the likes of Joel Matip, Jordan Henderson and Phil Coutinho are almost back to 100% once again.

We’ve seen Liverpool struggle in similar fixtures this season – just take a look at Burnley, Swansea and Sunderland — and Hull will prove to be a test for Klopp’s men and are a different beast from the team we demolished 5-1 at Anfield.

The aforementioned Mane, Matip, Henderson and Coutinho are all set to be involved in the Saturday afternoon fixture at the KC Stadium.

Youngster Ovie Ejaria had injured himself recently and is likely to be unavailable for selection against Hull, as it Marko Grujic still but the Serbian is expected to be back in training soon.

Bedsides that, there’s nothing to report on Liverpool, there are no new first team player injuries at the moment. Danny Ings is still our most outstanding absentee.

It’d be expected that Mane is to make his full return for Liverpool against Saturday’s opposition, which I’m sure will strike fear into Hull minds.

Hull however are just one injury away from being the most injured team in the Premier League. They’ve got seven injuries to first team players.

I’d just like to express that I hope Ryan Mason has the most straightforward and speedy recovery possible – the road ahead is long and winding for that talented, young footballer.

Must be nice to beat United and Swansea…

This one is hard to call because of how bad we’ve have been of late but logic would tell you Liverpool will smash Hull, but the Tigers are much improved under Silva and fighting for their Premier League lives.

That being said, Liverpool have seemingly turned a corner – it’s only one game, yes, but it was against the Champions-elect and we could have taken all three points on another day – and I think we’ll be too much for a side fighting relegation.

I often do this; I predict that Liverpool will win a game easily and we struggle, I predict we will find it tough and we win the game professionally 1-0.

So, I can say wholeheartedly, I think Liverpool will struggle greatly against Hull, only managing to score with less than half of the chances they get.

At the full time whistle, I predict that the scoreboards will say Hull 1-3 Liverpool.

I never said how many chances Liverpool would get, just that we’d underperform in the finishing department.

If you’d like to strongly disagree with me or remind me of what I’ve written, when the ghost of Robert Snodgrass haunts the Liverpool players, you can find me on Twitter – @StefanoHairon