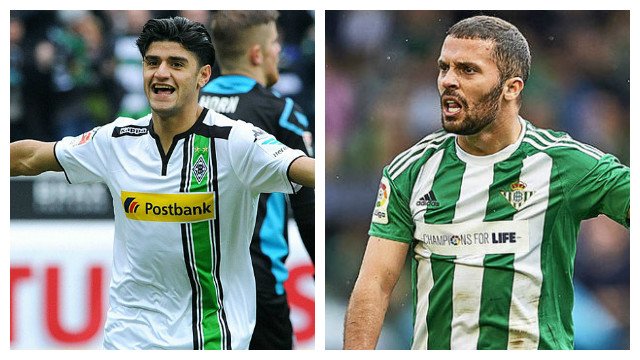 Although news has been swirling around that Liverpool boss Jurgen Klopp is set to be handed the biggest transfer kitty in Anfield history, it appears the Reds are set to miss out on yet another top target with Borussia Monchengladbach midfielder Mahmoud Dahoud reportedly set to stay in the Bundesliga and set up shop at Borussia Dortmund.

Klopp’s old side have been seemingly one step ahead of their former manager at every turn, beating the German to the likes of French forward Ousmane Dembélé and Turkish winger Emre Mor as well as keeping highly rated American attacker Christian Pulisic at the Westfalenstadion despite intense interest from the Anfield outfit. Nothing has been made official quite yet, but it’s expected that Dortmund will make an announcement shortly ahead of the 21-year old joining up in the summer.

Now, Dahoud is almost certainly a player that’s going to be a joy to watch in the future, but for the time being most Liverpool supporters would be happy to see the Reds address their defensive frailties with their options in the middle of the park plentiful. While a world class central defender to partner Joel Matip is almost certainly on the checklist, a decent left-back will be on there as well. As good as James Milner has been this season as a stop gap solution, a specialist fullback is what’s required and though Real Betis defender Riza Durmisi would fit the bill, he’s not all that in to the thought of leaving the Estadio Benito Villamarin.

It means I’m playing well, but it isn’t something I’m interested in,” said the Dane when asked about a potential move to Anfield. “What interests me is when the team plays well and wins. That’s what I like,” continued Durmisi, doubling down on his commitment to the Spanish side. “But when Liverpool and other big clubs show interest, of course, it’s good, but the main thing for me is Betis.”