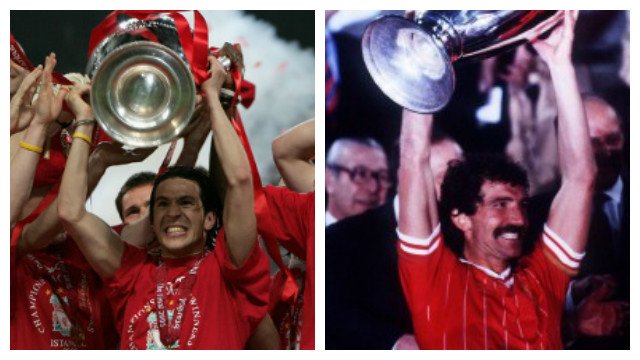 If you take a quick glance at the table, Liverpool Look primed to secure a place in next season’s Champions League going to the crunch clash with crosstown rivals Everton at the weekend, but a closer inspection shows that both Arsenal and Manchester United hold matches in hand and are hot on their heels. With the race as tight as ever, the stakes have followed suit and punters around the world are scouring the web and and book making services to see if they can make a few bucks off the Reds returning to Europe — something that a certain Spaniard is backing his old side to accomplish.

“I think it’s still there,” said Liverpool legend Luis Garcia when asked if a top four finish was still a realistic prospect. “It was the target at the beginning of the season and it’s the one they have to continue working for,” continued the Champions League winner. “They [Liverpool] have the perfect manager to do it,” added the Spaniard. “I don’t have a doubt that if they continue working the same way they will be in the top four at the end of the season.”

Having pressed Premier League pace-setters Chelsea throughout the first part of the campaign, the turn of the year saw the Reds form fall off in a big way as they exited both domestic cups and dropped out of the title race in almost comedic fashion. Reversals at the hands of relegation battling Swansea City, AFC Bournemouth and a then mangerless Leicester City saw their title tilt stopped in it’s tracks, but Liverpool boss Jurgen Klopp has since got the club back on track. Convincing wins over North London duo Arsenal and Tottenham Hotspur as well as a hard fought draw with Manchester City has kept their Champions League dreams alive — though that all hangs in the balance when the Toffee’s visit this weekend.

“[Liverpool] play well against the big guys and slip up against the lesser lights. When I played for Liverpool, Manchester United were like Liverpool are now,” explained ex-Liverpool skipper Graeme Souness in his Sunday Times column. “Against the big clubs, [United] would turn up, but they would suffer daft defeats and draws against the also-rans. If you are going to win this league, that’s something you have to get right,” stressed the Scotsman. “The match between Manchester City and Liverpool seven days ago was a cracker,” said Souness, before making a rather bold prediction. “If they get anywhere near those heights in their remaining games, both teams will finish in the top four.”