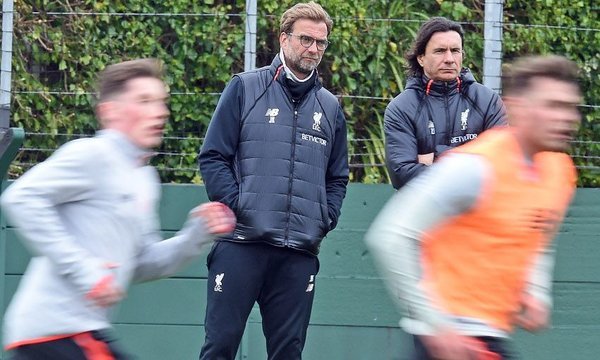 Yet to win on the road since the turn of the year, Liverpool visit the Britannia Stadium looking to get back in the groove after a disappointing draw with AFC Bournemouth midweek kept them from solidifying their place in the top four as they continue to struggle against teams in the bottom half of the table — something that makes a square go with Stoke City all the more daunting.

They may be in a poor run of form having lost their last three on the trot, but Potters boss Mark Hughes won’t be losing any sleep over the Reds coming to town. Couple their dismal away record with the fact that all five league defeats this season have come against teams languishing in the lower reaches of the league and it might actually be Liverpool manager Jurgen Klopp stuck counting sheep into the wee hours of the morning.

Sadio Mane’s knee injury, which will keep him out for the rest of the season, will be a contributing factor, but the real concern for the German manager will be with Philippe Coutinho as the Brazilian battles an illness. The Reds talisman has been their get out of jail free card on more than his fair share of occasions and even if he’s only fit enough for the bench it’ll be a blow to their cause. Joel Matip, who was withheld from the starting eleven with a back problem on Wednesday, should be ready to take up his place in the starting eleven while Daniel Sturridge could play some part after making it through training unscathed.

“We will see what happens. Our opponents are really strong [and] two of the six involved at the moment will not be in the Champions League next year,” said Klopp when asked about the race at the top of the table. “We want to qualify for the Champions League and if you don’t then you can think about the reasons for that, but at the moment we don’t think about that or why we only have 60 points or why we have already 60 points,” mused the German, switching the focus away from hypotheticals to the task at hand. “The only thing we think is about building a line-up for Stoke – and that’s a real challenge today, actually – and how we can be as strong as possible there and win the game.”

Stoke, of course, are coming off their own disappointing midweek outing having lost to fellow lower league stragglers Burnley FC and they’ll be desperate to not only snap their winless run, but move towards that magical 50-point plateau that Hughes has reached in each of his seasons with the Potters. While it’s highly unlikely they’ll be dragged in to the mire, they’re not mathematically safe from the drop quite yet — a harsh reality the Welshman will be hoping to mitigate on Saturday.

Jon Walters, a boyhood Evertonian who has scored six Premier League goals against the Reds, will be a late decision after missing the Claret’s trip with a concussion, but both Marc Muniesa and Mame Diouf should be available despite picking up respective knocks on Wednesday. Both Joe Allen and Charlie Adam could keep their places in the side to square up to their former employers, but questions remain over the availability of Xherdan Shaqiri despite the enigmatic Swiss midfielder rejoining training in time to be in contention.

If Liverpool fail to secure a return to Europe’s top tier club competition, it’ll be on the back of matches like this — and this one hasn’t even been played yet. Even if we pick up all three-points tomorrow, our Robin Hood tendencies will continue to cause concerns with three of our last six outings coming against teams in the lower reaches of the league. If we want to keep Arsenal and Manchester United at bay, we need to bin this charitable stuff like yesterday…