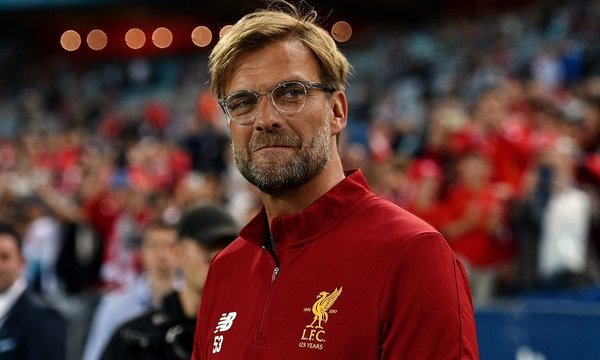 Although work is already under way to draft in Liverpool boss Jurgen Klopp’s transfer targets, the German manager has admitted that his recruitment drive isn’t going quite fast enough to suit his tastes.

“I wish tomorrow but unfortunately that’s not really likely,” said the Reds manager, only half-joking. “The best scenario is that you have them for the start of pre-season but I’m not sure if it will happen this time. It’s different with all different players so we will see,” continued Klopp, looking just over the horizon. “That’s not a big problem because we all know if they are fit and healthy we have a really strong squad and that means we could start with this squad,” added the German. “But that doesn’t mean that I would prefer this, I would love to have them in as soon as possible but we will see.”

A spot in the Champions League qualifiers means that not only do Liverpool have cash to spend, they’ve got the recruitment power that comes along with playing in Europe’s premier club competition — something that’s been sorely lacking for the Anfield outfit in the transfer market over the past couple of seasons. Keeping things pretty much under wraps, Klopp hasn’t exactly been specific when talking about where in the squad he’d like to strengthen, but it goes without saying that defensive recruits will almost certainly be a priority for the German with a new central defender and a fullback on the shopping list. While it’s been speculated that he’ll also be keeping an eye out for a defense minded midfielder, apparently that’s not the case.

“Second balls after set-pieces, another defensive midfielder would not really be around this situation so it does not help a lot,” explained Klopp. “Half-spaces when counter-pressing does not work, another defensive midfielder [does not help], it’s all about organisation,” stressed the German manager, speaking to the press following their win over Australian side Sydney FC in a prestige friendly. “The good thing is now we know our mistake, we know our weakness, so we will work on it 100 per cent, you can be sure,” ensured the Liverpool boss. “For now, it’s OK, we have a lot to improve and we will.”

One thought on “Klopp Wants New Recruits Sooner Rather than Later, Not Looking for Defensive Midfielder”