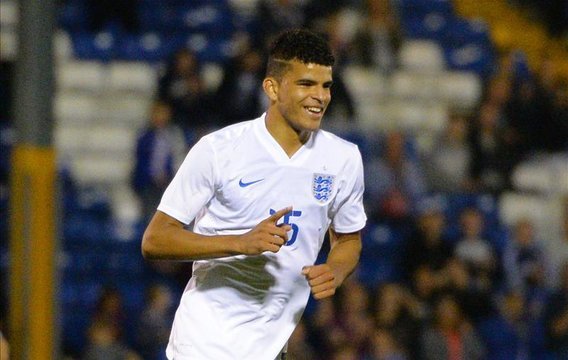 There’s been rumblings going back for some time now that Liverpool harboured a serious interest in poaching up and coming youngster Dominic Solanke from Premier League rivals Chelsea and that looks like it’s going to become a reality in the very immediate future with a number of well respected media outlets touting that confirmation of the move is just over the horizon.

Set to be Reds boss Jurgen Klopp’s first real signing of the summer, the 19-year old — who has rejected a new deal to keep him at Stamford Bridge for the foreseeable future — looks set to try his luck at Anfield after failing to break in to the Blue’s first team. A change of scenery may not improve his situation right off the hop with all suggestions pointing to him slotting right in to the u-23 side to start, but the German boss is well known for developing players and Solanke looks like one who’s not far from being first team ready.

Although he’s set to leave on a free transfer, Liverpool will need to pay Chelsea compensation much in the same vein as when Danny Ings left Burnley FC under less than good terms. The Professional Football Compensation Committee stung the Merseysiders for a record £8mil fee on account of his Premier League experience and the interest coming from Tottenham Hotspur prior to the Reds confirming the move, but there’s nothing to suggest that Solanke will command that much with estimates of a £2mil-£3mil payment seemingly fair enough.

According to a number of reports, Klopp’s side fended off interest from the likes of German side RB Leipzig and Scottish treble winners Celtic to capture his signature. Reportedly set to earn less than £20,000 a week at Anfield — less than half of what he was rumoured to be demanding to stay with Chelsea — suggestions that money is the motivating factor in his decision to up-stakes and move on from the Premier League champions appears to be well short of the mark. Should Liverpool navigate their Champions League play-off and book a place in the competition proper, the kids will almost certainly get a chance in the domestic cups and in the league as well and that could be far more valuable than a few more bucks a week.