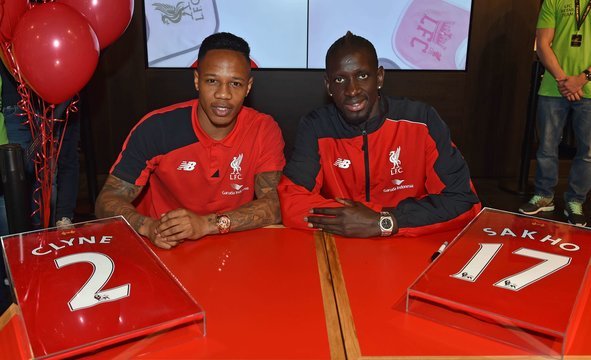 Liverpool fullback Nathaniel Clyne has become the latest Red to withdraw from the England squad set to face both Scotland and France with an ongoing foot injury keeping club captain Jordan Henderson sidelined and a hip-problem ruling out Daniel Sturridge.

“We’ll be without Nathaniel Clyne,” said Three Lions manager Gareth Southgate, speaking to the press ahead of the trip to Hampden Park. “He had been carrying an injury and that’s why we named three right-backs, we thought that might be an issue,” added Southgate. “So we’ll be with Kieran [Trippier] and Kyle Walker, but Kieran impressed me at Burnley in the season they had in the Premier League when he was there and I think he has finished the season very well with Tottenham,” said the England man. “His play in the final third is of very high quality, he is one of the best crossers of the ball in the league.”

Clyne should be back and ready to roll by the time pre-season rolls around as Liverpool get ready to secure a spot in the Champions League proper by navigating their way through the play-off round. And, by the same time, they’ll be hoping that they’ve seen the back of Mamadou Sakho with the misfit defender off of crutches and back in the gym after a serious knee injury derailed his loan spell at Crystal Palace. The Frenchman impressed during his short stint in Croydon, getting back to his imperious best at Selhurst Park and in turn peaking the interest of some of Europe’s top clubs, but if the Eagles have it their way, he’ll be staying put in South London — that is, if they can figure out a fee with Liverpool.

“You can’t con anyone that he didn’t make a massive difference, we won some massive games with him,” said Palace chairman Steve Parish. “He’s a big character, he’s got the respect of all the players, and it’s one we’d like to do,” added the Eagles supremo, confirming the Croydon club are interested before hinting that his price-tag could derail any bid. “But, of course, we have a lot of things we need to do in the summer, and the money needs to work for us and for Liverpool.”