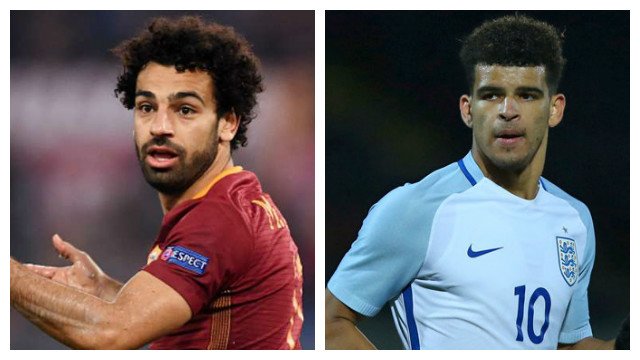 With Italian side AS Roma confirming that they’re not about to waffle on their asking price for Liverpool target Mohamed Salah, the Egyptian’s agent appears to be back in the United Kingdom as talks between the two sides rumble towards what will hopefully be an amicable conclusion. Master of the mixed signal, Giallorossi sporting director Monchi is well known for the hard line negotiating techniques that reaped him major plaudits during his time with Atletico Madrid and it’s pretty obvious he’s playing the same game in Rome. Despite all that, Egypt legend Mido believes that his compatriot will end up at Anfield sooner rather than later — though he does have some concerns about his suitability to the English game.

“(Mo) Salah will definitely move to Liverpool. It’s just a matter of time. Liverpool’s style of play suits Salah perfectly and Klopp’s style suits him,” said the former Middlesbrough striker. “I’m not concerned about the competition Salah will face in Liverpool”, added the Wadi Degla boss. “I just fear he might not be able to cope with the higher tempo of playing in the Premier League.”

Having struggled to make an impact during his brief stint with Chelsea, Salah ended up going on loan to Serie A side Fiorentina before finally finding his feet in the Italian capital. To be fair, the Blues aren’t exactly the best at developing young, raw talent, but they’re pretty good at overcharging for it — and that’s exactly what they’re trying to do with Liverpool bound youngster Dominic Solanke.

The u-20 World Cup winner is set to move to Anfield on July 1st and though it’s technically on a free-transfer, the Reds will have to stump up some compensation for him due to England’s overly complicated rules regarding homegrown players under 23-years old. Faced with a similar situation after Danny Ings left then Championship bound Burnley FC for Merseyside, the Anfield outfit were slapped with a £8mil bill for the striker after Tottenham Hotspur expressed interest in taking him to North London. Although his exploits in South Korea — where he picked up the prestigious Golden Ball award — shouldn’t be a factor, rumour has it that Chelsea will use that to try to persuade the tribunal charged with setting Solanke’s fee to award them up £10mil in compensation. And, while that might sound utterly ludicrous, don’t be surprised if it happens…

One thought on “Salah’s Agent Back in the UK, Chelsea Trying to Crank Up Solanke Price”