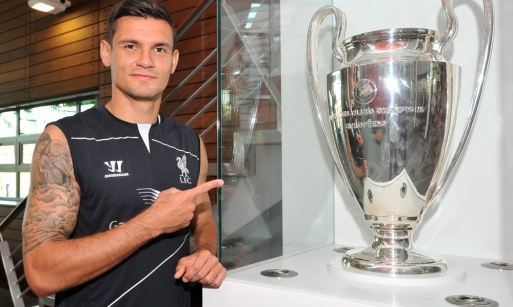 For those who have been living under a rock for the past year, it’s the UEFA Champions League final has been and gone, and was one of the watched sporting event in the world, as well as being one of the largest events where the majority of football betting takes place. Thanks to our fourth place finish in the Premier League last season, we will now see Liverpool back competing amongst the European elite.

In celebration of this achievement, we thought that we would look back at last years’ competition in depth. We’re not looking at the number of goals, attempts, corners or red card. No, were looking at the possible number of miles run, calories burned, drink consumed and half time oranges eaten in each game of football and in the entire season.

Football is both a physically and mentally demanding, with a game lasting 90 minutes, but can go on for 120 minutes if extra time is added. A maximum of 18 players on a pitch running up and down a pitch with a ball almost constantly in play and can travel great distances in a matter of seconds, you could imagine the players gaining some mileage running back and forth.

Naturally, we cannot assume that every football player will be travelling the same amount during a 90 minute game, or in fact be on the pitch for the whole game. However, it is not uncommon for a football player to travel an average of seven miles per game. Some football tracking data has also clocked some players moving up to nine and a half miles in a 90 minute game.

If the maximum number of players¹ on a pitch were traveling the same distance (7 miles), then they would be travelling 154 miles. That’s the equivalent of running the London Marathon 6 times in 90 minutes. 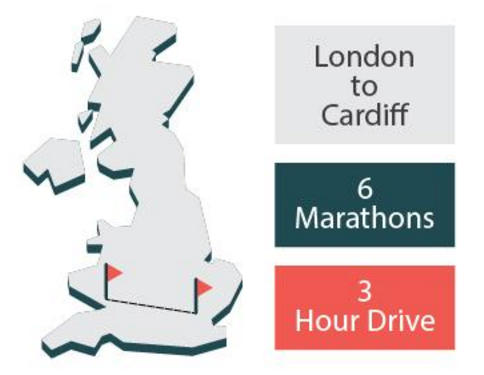 According to Harvard Health Publications, football players who weigh between 155lbs and 185lbs burn approximately 285 calories whilst playing 30 minutes of football. This rate is similar to the playing tennis, badminton or ice skating.

However, it would be unwise to assume that every footballer will be doing the same level of exercise or, in fact, be on the pitch for a whole 90 minute game, therefore, the overall figure cannot be simply tripled to make a final amount.

If the maximum number of players on a pitch¹ burned off the same amount of calories whilst playing 90 minutes of football they could potential burn off between over 855 calories.

One of the top teams to get through to the last rounds in the Championship will have played in excess of 10 games. Any one player who plays more than ten games during the season will have burnt over 8,550 calories the equivalent to 22 bowls of plain pasta or 28 cheese burgers. 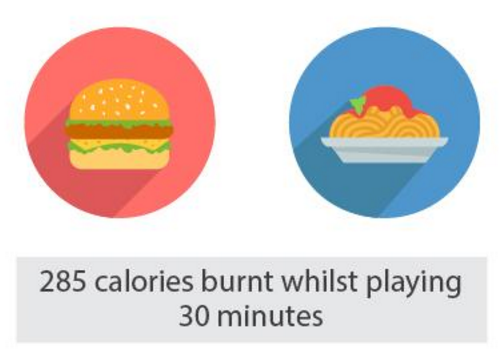 Football is a strenuous sport and requires a lot of physical stamina, therefore, it is vital to be properly hydrated in order to maintain peak performance and reduce the risk of injury.

If the maximum number of players on a pitch¹ consumed the same amount of water/fluids during a match in UEFA Champions league then a total of 66 litres would be consumed per match by all the players combined, that equates to 20,658 litres the equivalent over 36,000 pints! If you place the pint glasses on top of one another this would be 6 times the height of the Burj Khalifa, the world’s tallest building at 828-metres high! 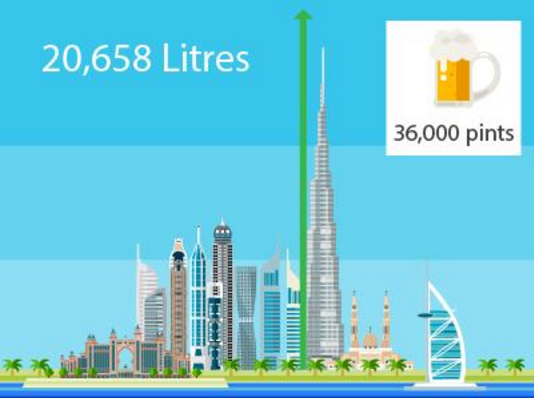 Enough water to fill 78 standard bathtubs is drank on average over the entire championship².

Who remembers the good old half-time orange? According to long standing football wisdom, there was no better snack than an orange wedge. They are a healthy, easy to eat snack, loaded with vitamin C which helps to boost energy as well as carbohydrates, giving football players a fuel boost and more stamina. They also help you stay hydrated because they have a high water content.

To make the most of what you had on the grounds, oranges would be cut up into six individual segments. If we apply this today football players in the UEFA League, with the maximum number of players on a pitch¹ eating two orange segments, then during the tournament from start to finish the players would get through 2,295 oranges!

Unfortunately, many players are opting for another snack and this tradition has become outdated and could soon be relegated to the history books as they lack electrolytes. They can also cause stomach issues as they contain fructose. No football player would want to have to pop out for “a moment” during the second half.

Sources: The number of miles ran is an estimation and sourced from askascientisht.co.uk. Number of Calories Burned is from a publication by the Harvard Health. The number of litres of water/fluids have been sourced from BBC Sport. Number of oranges consumed is based on the scenario of each footballer consuming two orange segments.

Based on a total of 11 players in each team playing at any one time for 90 minutes. Total number of games played from the start to the end of the UEFA Championships is estimated to be 313.

¹ Maximum of 22 players, 11 per team on the pitch at any time
² Based on a standard bathtub holding 70 US Gallons