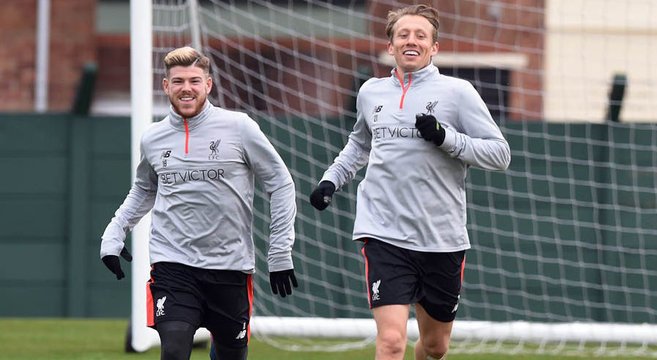 On the fringes of the squad and expected to leave before the new season starts, long serving Liverpool midfielder has emerged as a target for newly promoted Newcastle United, but they’re not the only ones keeping tabs on the Brazilian with his former club Gremio hoping to bring the 30-year old back to Porto Alegre.

“Lucas is a great player, it would be an impact signing. If there is a possibility within the financial constraints of the club, and that also serves Lucas’ interests, it is possible that he may come,” said Gremio president Odorico Roman. “At this time, there is no negotiation. I talked to him a few days ago. At any moment we can make contact,” confirmed the South American. “He is also seeing the interest of other clubs. There is, yes, possibility of him coming but there is nothing in progress right now.”

While the Reds would likely be open to letting the veteran leave on the cheap as long as it’s for a club outside of England, apparently the same courtesy isn’t being extended to fullback Alberto Moreno after the club slapped a £15mil price-tag on the Spanish defender. Clearly up for sale, rumours are swirling that Liverpool rejected a £11mil offer from Italian side Napoli last week as they try to get top-dollar for the 24-year old.

Having made only a pair of Premier League appearances last year, Moreno is long out of favour at Anfield with veteran utility man James Milner slotting in at fullback. Reds boss Jurgen Klopp is in the market for a natural defender this summer, but in the meantime, the German will be looking to offload the error prone Spaniard. Former club Sevilla and Premier League hangers-on Swansea City have been tipped with an interest in the Europa League winner, but as of yet, the only concrete offers have come in from Italy — though Napoli are going to have to open their wallets a little wider if they want to bring him to Serie A.