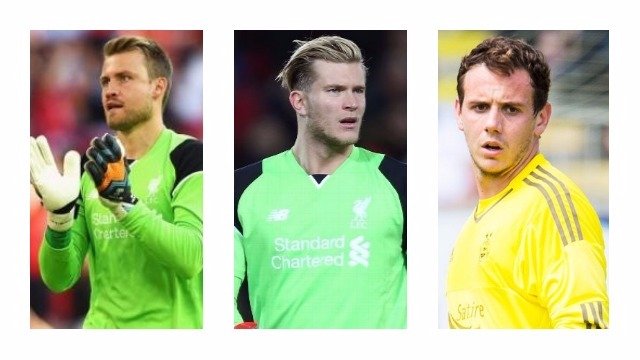 Heading in to their first pre-season friendly of the summer, Liverpool boss Jurgen Klopp has revealed that the starting spot between the sticks is wide open with the German manager set to assess his goalkeeping options over the next month with the likes of Simon Mignolet, Loris Karius and youngster Danny Ward all vying for a spot in the starting eleven. The Reds defence hasn’t exactly been solid so Klopp wants to make sure he gets this decision right — regardless, the punters are going to be keeping a close eye on the latest odds to see if they can make a few bobs on some goal-tending gaffes.

“That’s very comfortable for the manager, three really good goalkeepers,” the Liverpool manager told the club’s official website when asked about the situation at the back. “It is like it is and nothing is decided, they can all show how good they are. I don’t want to bring doubt so that they start doubting,” stressed Klopp. “They are at a fantastic club and a fantastic football club needs fantastic goalkeepers. We had a really good goalkeeping season.”

After being unceremoniously yanked out of the starting line-up, veteran ‘keeper Mignolet regained his usual spot in the match day squad after a number of high profile errors saw Karius get the hook. Although there’s been whispers that the club will be in the market for a world class shot-stopper this summer, it’s looking more and more like Ward, who just returned from a loan spell with newly promoted Huddersfield Town, will be the only competition for the two more established goalies. Which, according to Klopp, isn’t a problem at all.

“Yes, it was a little bit difficult for Loris but I’m sure he had his part in the development of Simon, who played a really good season,” explained the charismatic German, looking on the bright side. “And Danny played a fantastic season at Huddersfield with a big success at the end,” added Klopp, making sure everyone knows that each of them will have a chance to impress. “We have three goalkeepers and they can all show what they are able to do, and then we will see who will start.”