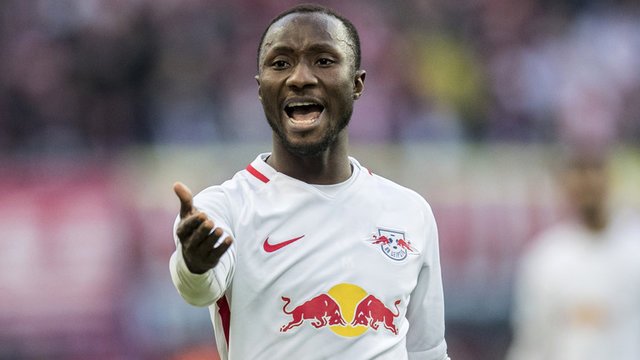 While German side RB Leipzig remain insistent that star man Naby Keita is not for sale for any price, Liverpool appear to have tested that resolve by lodging a £57mil bid for the Guinean box-to-box — an offer that according to German outlet Sport Bild, was resoundingly rejected by the Saxony outfit.

“I can’t help, sorry. We cannot only buy players because other teams buy players,” said Reds boss Jurgen Klopp, giving a brief transfer update after the win over National League side Tranmere Rovers on Wednesday. “We do our business as good as we can do it and we are completely in it and we are convinced about the way that we are going so that’s all,” added the German, doing his best to shut down any further talk about their moves in the market. “Nervous fans? Sorry I cannot help, I don’t have to write a message for this. I’m not nervous – maybe that’s the right message for this.”

Keita remains a long term target for Klopp, but the Guinean has remained coy — a least publicly — over a proposed move to Merseyside. Earlier in the summer he picturing himself leaving Leipzig at some point in the future, but over the weekend it was all business for the 22-year old who was handing out the stock “focusing on my game” reply when asked about potentially moving on from the Bundesliga runners-up. An actual concrete offer could change the situation though and should he actually want to move to Anfield, this would be as good a time as any to start pushing for it.

“We have until 31 August. We have time and sometimes things need time,” added Klopp, calling yet again for patience from the Liverpool supporters getting uneasy with their lack of activity in the market. “We’ll do transfers because we want to do them, if not it’s because we don’t want to do them,” explained the Reds boss. “So we have to wait a bit but tomorrow you can have a long sleep because nothing will happen tomorrow.”