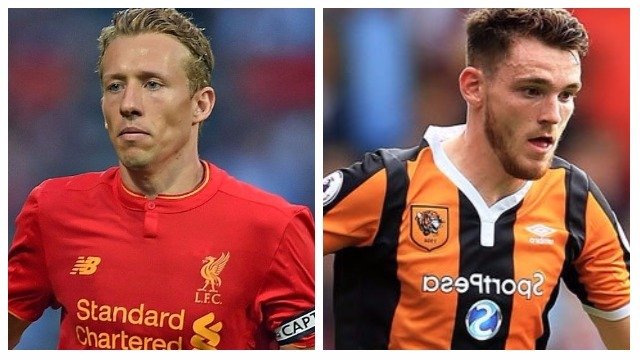 Long serving Liverpool midfielder Lucas looks to be on the verge of leaving Anfield with numerous reports in the media saying that the a bid of £5mil from Serie A side Lazio has been accepted for the Brazilian destroyer.

“I’m not 100 per cent sure what I can tell you about it because I’m not sure in this moment, but I think in all respect for Lucas and his outstanding time at Liverpool we should talk about facts, not about rumours,” said Reds manager Jurgen Klopp, speaking to the official site. “We have to wait, I’m not sure. Maybe something [will] happen, maybe not,” added the German, saying nothing and everything at all. “It’s like last year and a half a year ago. We will see.”

Obviously we’re not just waiting for official word on Lucas, but a number of other targets as well. While the real talk has been revolving around a rumored move for RB Leipzig midfielder Naby Keita, we could very well hear about a defensive target first — and, no, it’s unlikely to be Southampton captain Virgil van Dijk. Liverpool have long been linked with Hull City fullback Andy Robertson and it looks like they’re finally ready to make a move with a £8mil bid reportedly on the table for the Scottish defender. Again, there’s nothing concrete from either club and in typical fashion Klopp is staying tight lipped.

“If whatever I would say here would change anything in a positive way then I would say it, but [what I say] has no influence,” stressed the German, moving quickly on from the wholly predictable line of questioning. “It’s not important what I say, it’s important what we do and we try to do the job, how you can imagine, and we feel on a good way, that’s all.”